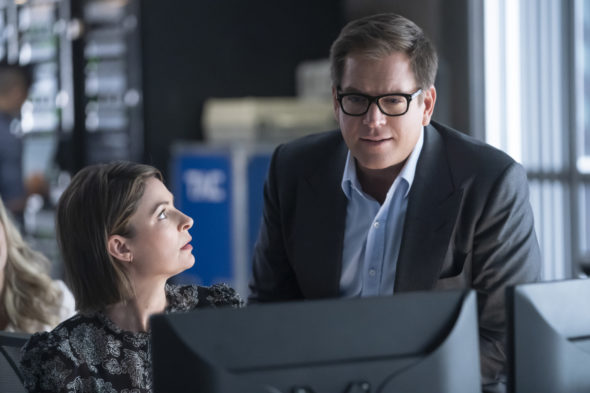 Jason Bull and his team won’t be back at work for the 2022-23 television season. The CBS drama series is ending so there won’t be a seventh year for Bull. Star Michael Weatherly broke the news via Twitter.

The sixth season of Bull averages a 0.33 rating in the 18-49 demographic and 4.23 million viewers in the live+same day ratings (includes all DVR playback through 3:00 AM). Compared to season five, that’s down by 28% in the demo and down by 16% in viewership. It’s one of the network’s lowest-rated scripted series in the traditional ratings but sees a sizable uptick in delayed viewing. In the live+seven day ratings, Bull’s been averaging a 0.60 in the demo with 7.40 million, an increase of 80% and 75%, respectively.

In a statement on Twitter, Weatherly wrote, “Hello all! It’s been my privilege to play Dr Jason Bull but after 6 Seasons of incredible storylines, I’ve decided it’s time to pursue new creative challenges and bring his story to a close.  It has been an honor to work with this talented cast, crew, and writing/producing team who helped reinvent the legal drama. Stay tuned for a big series finish…Thanks to all the fans from the bottom of my heart. You will always be a part of our Bull family!”

There are a dozen installments left to air in the 22 episode season and the series finale is expected to air in May.

What do you think? Have you kept up with the Bull TV show on CBS? Are you sorry to hear that it won’t be returning for a seventh season?

Love this show, very sad to see it end

Love the show. Love everyone in the cast. So sad that it’s ending

Awwe man are you serious every time I find a show I like it always ends makes me not want to watch any sitcoms and just watch movies.

Such a bummer got canceled. It’s getting my nerves.

I really like Bull! Sorry to see it go.

Yeah, last two seasons it just kept piling up in my DVR… finally had to tell myself to delete it to clear space and finding out it’s being cancelled is sort of a relief

The show went down hill after Bull married. A very boring story line.

Love the show
So SAD it is ending.

The show was actually cancelled because the ratings were on a downward trend for several years already, not because Michael was ready to leave. Realize that this is just network spin and doing an hour long show for 6 years is very exhausting for everyone. Because of this these types of annoucements are often bitter-sweet.