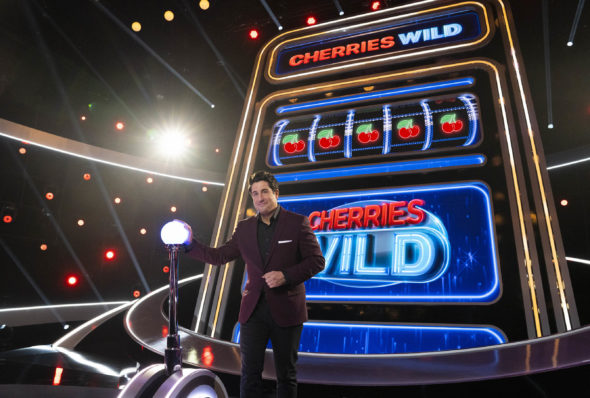 TV show description:
A trivia game show, the Cherries Wild TV series was created by Wes Kauble and is a collaboration with the Pepsi Wild Cherry brand.

The competition series features two rounds of pop culture trivia gameplay. In each episode, a team of two contestants try and “Solve the Slots” in hopes of getting one step closer to winning the jackpot.

At the end of each episode, when they spin the reels on the enormous, three-story slot machine, contestants will attempt to capture all five Wild Cherries to win the ultimate cash prize — $250,000.

What do you think? Do you like the Cherries Wild TV show? Do you think it should be cancelled or renewed for another season?