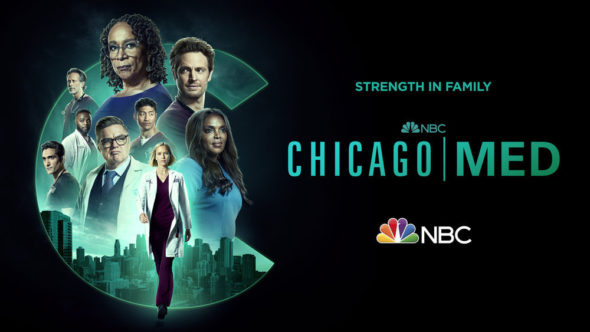 The last time that Chicago Med was renewed, it was 2020, and the NBC series was handed a three-season order. That renewal has now run out, but it’s highly unlikely that Chicago Med will be cancelled. Will NBC order just season nine or more than that? Stay tuned.

For comparisons: Season seven of Chicago Med on NBC averaged a 0.73 rating in the 18-49 demographic and 6.78 million viewers.

What do you think? Do you like the Chicago Med TV series on NBC? Should it be cancelled or renewed for a ninth season?