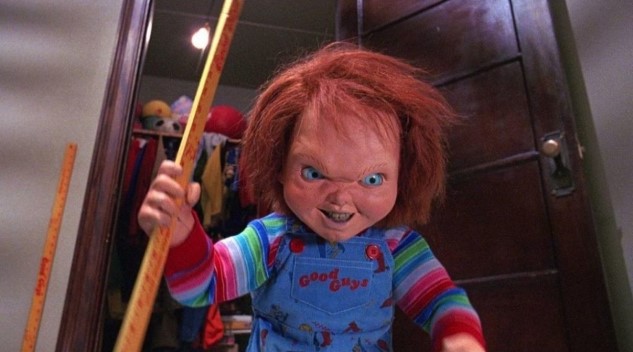 Get ready for Chucky! Based on the horror movies, the new television series will land next year on two channels — USA Network and Syfy. A new teaser has been released, and it gives viewers a look at the new doll set to terrorize a small suburban town.

Chris McCumber, President, Entertainment Networks – USA Network & Syfy, said the following about the series when it was ordered earlier this year:

“The character Don and David created has terrified audiences for over 30 years. The longevity and legacy of Chucky speaks to the creative storytelling and the loyal fans the film series has collected over the years. We are excited to once again partner with Nick and UCP on this new SYFY series, and are incredibly proud to bring Chucky to television for the first time with the original creators.”

What do you think? Are you a fan of this horror franchise? Will you watch the new Chucky TV series?

It could work, but please keep the original doll, not the one from the recent movie that just didn’t cut the mustard.

Chucky the series sound like it will become a real winner. I can’t wait to see what happen in the first episode. I got a good feeling that Chucky will encounter a more deadly monster that will make him look and sound like a boy scout.