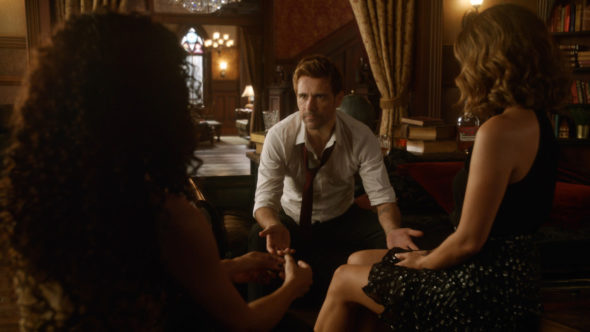 DC’s Legends of Tomorrow will return to The CW this weekend with its sixth season, and there are big things ahead for the quirky superhero series. This season, viewers will see a solo story for Constantine (Matt Ryan), an animated episode, a parody of The Masked Singer, and a “Clue” type episode.

Phil Klemmer, a producer on The CW series, revealed more about the decision to go animated for one of the episodes this season. He said the following, per Syfy Wire:

“The reason we did that originally is that we broke it as live-action, and then there’s a point in the story where it becomes so outlandish that I was really having a difficult time seeing it in my head as live-action,” he explained. “I was like, ‘Guys, this feels like a ’90s Disney movie.’ It was sort of a joke. ‘What if we hired a bunch of Disney animators from the ’90s who have all retired and did a ’90s feature thing?”

The series was recently in the news when Purcell announced he would depart the series after this season. The show has already been renewed for a seventh season.

DC’s Legends of Tomorrow will premiere on May 2nd.

What do you think? Are you a fan of the DC’s Legends of Tomorrow TV series on The CW? Do you plan to watch season six?

Love this show! One of my absolute favorite shows. They have so much fun on LOT. Hate that Dominic is leaving after this year but will keep watching this fantastic show. Anyone who watches Legends knows it is a blast to watch and is so zany and enjoyable. Enjoy the fun fellow viewers!

The funnest show on the CW!

NO the funniest show on the CW is called FLASH !!!!

This season sounds like it’s going to be even more ridiculous than ever.