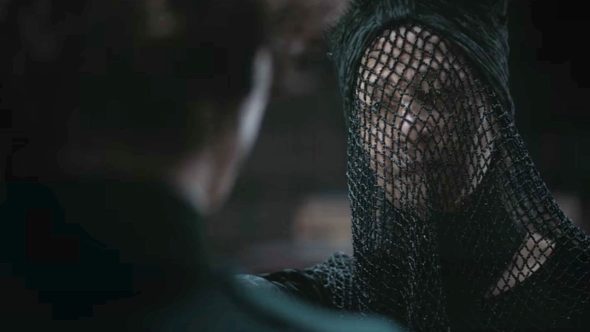 Dune: The Sisterhood is coming to HBO Max, and five actors have joined the cast. The upcoming prequel series is set 10,000 years before the events seen in the Dune novel by Frank Herbert. The story follows the formidable Harkonnen Sisters (Emily Watson and Shirley Henderson) as they combat forces that threaten the future of humankind, and establish the fabled sect known as the Bene Gesserit.

Deadline revealed the following about the additions’ roles:

Boussnina plays Princess Ynez, an independent young princess dealing with the pressures of her responsibility as heir to the Golden Lion Throne.

Cunningham is Sister Jen, a fierce, unpredictable acolyte in training at the Sisterhood School who rarely reveals her emotional core.

Hinds plays Sister Emeline, a zealous acolyte descended from a long line of martyrs, who carries fervent religion to her training at the Sisterhood.

Lea portrays Lila, the youngest acolyte at the Sisterhood School with a deep empathy beyond her years.

A premiere date for Dune: The Sisterhood will be announced later.

What do you think? Are you looking forward to seeing this Dune series on HBO Max?

I am so looking forward to this story, having been a fan of Dune for 35 years, when I was old enough to just barely scratch the surface of this amazing world. I plead with the showrunners: Your only job is to stick to the source material. Do that, and the audience will be there and be loyal. Dune is not easy if you’re uninitiated. Bear that in mind, and be patient. Research will be done, Dune veterans will sit with newcomers and explain things. And it will grow. But it will take time. Stray too far or take too… Read more »