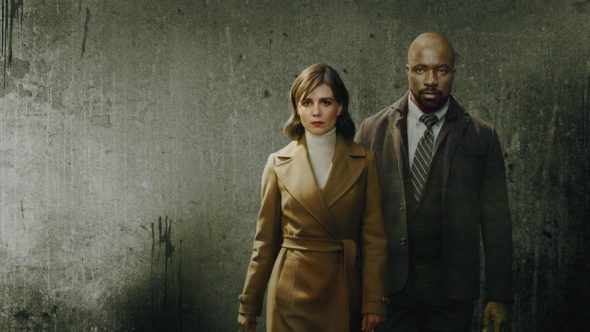 Evil is returning for its second season later this month. Paramount+ has released a new trailer and poster for the series, along with details about the upcoming season. The first season aired on CBS but the show has moved to the streaming service for season two.

Find out more about the series below.

Paramount+, the streaming service from ViacomCBS, today revealed the official key art and a new promo spot for season two of its original series EVIL. Season two of EVIL premieres on Sunday, June 20, with new episodes of the 13-episode long second season dropping weekly on Sundays, exclusively for Paramount+ subscribers.

EVIL is a psychological mystery that examines the origins of evil along the dividing line between science and religion. The series focuses on a skeptical female psychologist who joins a priest-in-training and a contractor as they investigate the Church’s backlog of unexplained mysteries, including supposed miracles, demonic possessions and hauntings. Their job is to assess if there is a logical explanation or if something truly supernatural is at work.

The second season brings evil closer to home. Kristen struggles with her darker nature, while David suffers temptation as he gets closer to his ordination. Meanwhile Ben is visited by night terrors that prey on his greatest fears.

Check out the trailer and poster for Evil season two below. 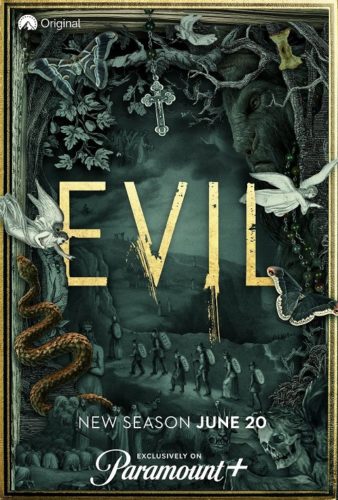 What do you think? Are you excited about the return of Evil later this month?

During a time when people are staying home because of COVID 19 I’m disgusted the shows I watch are being taken off prime time TV and now I’m required to pay to watch. I will NOT pay. Dissatisfied customer.

Pissed the move the show to Paramount

I am really angry that they moved it from regular network. I’m not paying for it.

So disgusted by the network’s GREED in moving this consuming show to PAY TV…GRRR!