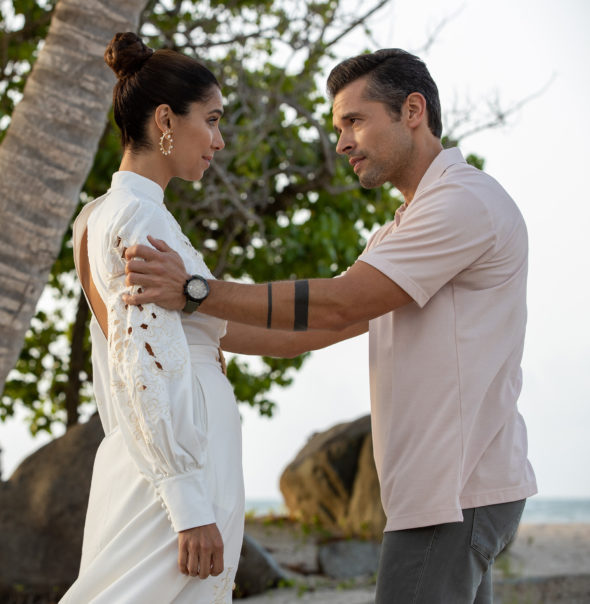 Fantasy Island fans will see more of Javier during season two of the series. John Gabriel Rodriquez is now a series regular on the FOX drama, reports Deadline.

His character is in charge of getting the guests to and from the island. “Rugged, handsome, and charismatic, Javier (Rodriquez) is Fantasy Island’s head of transport – a pilot, mechanic, and jack of all trades. While the island provides Javier refuge, as with everything else it offers, it may come at the price of a reckoning.”

A reboot of the classic ABC series, Roselyn Sánchez stars as a decedent of Mr. Roarke (Ricardo Montalbán) who now runs things on the island, making visitors’ dreams come true.

Fantasy Island, has been renewed for a second season but, before that arrives at some point in 2022, viewers will see a double holiday episode special air on December 21st.

What do you think? Are you excited to see more of Rodriquez on Fantasy Island? Do you enjoy this reboot?

Love this reboot. I’m glad they are renewed. I cannot wait to watch the second season.

We Love the series . Please keep it coming. We can’t wait for it to come back.

I love the reboot of Fantasy Island . I would have been really mad if it got canceled!

I’m so glad this show was renewed. The current writing is excellent. I really enjoyed this new version.

Love this show! Keep it coming!!

I love this series so much ❤️❤️❤️❤️

I enjoyed this show and am looking forward to season two.

Enjoy this series! All the actors seem quite charming.

original series was halfway decent this is just intolerable to watch