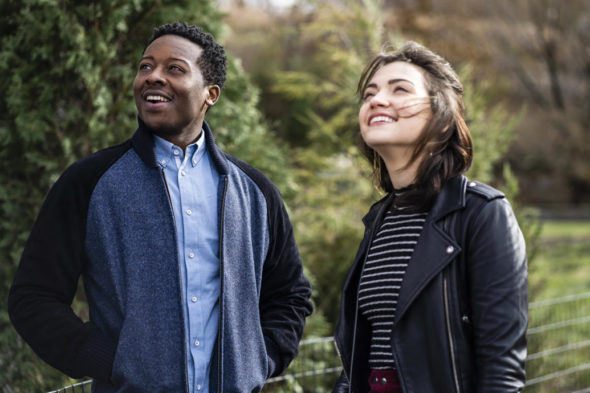 The second season of God Friended Me is averaging a 0.67 rating in the 18-49 demographic and 6.24 million viewers. Compared to season one, that’s down by 25% in the demo by down by 20% in viewership. That’s quite a dip in the ratings for the  CBS TV show

What do you think? Do you watch God Friended Me? Would you have watched season three?

My favorite show loved seeing this show. Why can’t you just leave the good shows alone. Probably want to put a reality show on there is enough already or do you murder shows
Pissed in Texas

They should not have cancelled!!!!! It’s my favorite show!

I just watched what I now believe to be the last episode of this amazing show. I can’t believe it’s ending because it was such a positive ongoing message which warmed the heart each and every week, and God knows this world certainly needs more of that these days. I am truly going to miss this show immensely.

I’m so sad God Friended Me is cancelled. It was the one show I could watch without seeing violence or blood. It was good and wholesome. Loved the story line. I usually watched it some time during the week, as I wasn’t able to watch it at the time it aired. I will miss it for sure. Hope to see those actors in something else soon!!

Absolutely bring “God Friended Me” for a third season. Excellent story line and acting. Of all times that America needs something positive and hopeful, it is now.

A tv show that doesn’t start with someone getting killed. WOW why would we keep that kind of show on TV. We record it and watch every show.

I can’t believe that “God Friended Me” is being cancelled. It is a good story, non-violent, and enjoyable to watch.

I can’t believe that “God Friended Me” is being cancelled. It is a great show–no violence, good acting, and a good story. Please, bring it back.

Would definitely have watched season 3

I am sad to see God Friended Me cancel. All the positive shows are being cancelled but you are keeping crappy shows. I looked forward to watching God Friended Me every Sunday.

To answer your question. I would have definitely watched season 3. Now to my own thoughts. What a stupid ending, unless there really is going to be a season 3.

This show is the best on tv. Cant believe you cancelled it please bring season 3 its the best

Loved this show & would have watched every season it was on. Sorry it was canceled.

We loved GFM. It follows everyday real life. As a couple in their 60s we had found a good show with under lying values,albeit all different in each character. CBS please re think your production decision.

I and many of my friends are deeply saddened that this series has been canceled. One of the very best family shows, which there is a lack of, I cannot believe it was cancelled. Bad move for sure.