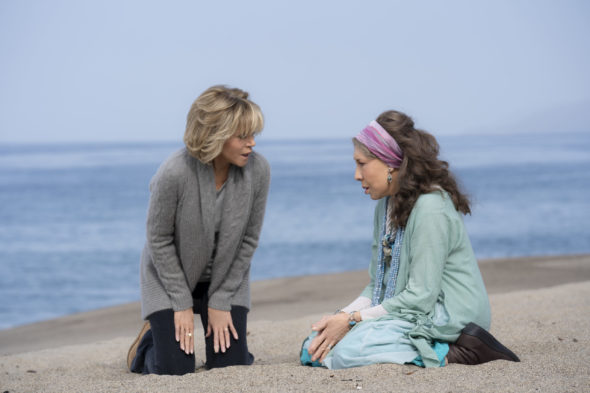 Per Deadline, the wrap of production was revealed on social media by Luke Miller, a co-cinematographer on the series.

Jane Fonda and Lily Tomlin star in the Netflix series. The dramedy follows the duo, who form a bond after their husbands (Martin Sheen and Sam Waterson) reveal that they are gay and leave their wives for each other. June Diane Raphael, Brooklyn Decker, Baron Vaughn, Ethan Embry, and Peter Gallagher also star in the series.

The remaining episodes of Grace and Frankie will air on the streamer in early 2022. An exact premiere date will be announced at a later time.

What do you think? Are you excited about the return of Grace and Frankie to Netflix? Are you sad to see this series end?