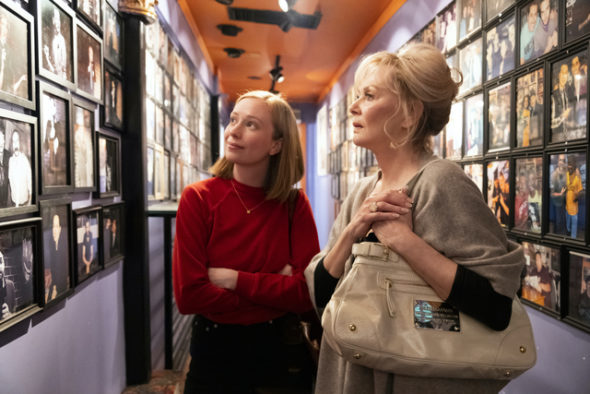 The series explores a dark mentorship that forms between legendary Las Vegas comedian Deborah Vance (Smart) and Ava Daniels (Einbinder), a down-on-her-luck comedy writer. Deborah is in danger of losing her residency at the Palmetto Casino while entitled Ava is in desperate need of work. Ava recently lost a TV deal because she made an offensive joke on Twitter.

Their mutual manager, Jimmy (Downs), sets them up on a meeting — much to their mutual chagrin — in hopes that Ava can help freshen up Deborah’s material.

What do you think? Do you like the Hacks TV show? Do you think it should be cancelled or renewed for another season?