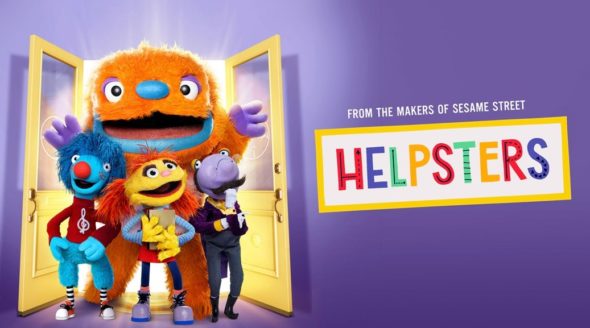 Helpsters is returning with its second season this week. The live-action pre-school series from Sesame Workshop will start airing new episodes on Friday. A preview has been released and Helpsters has already been renewed for a third season.

The educational Apple TV+ series follows the adventures of Cody, Scatter, Mr. Primm, and Heart as they solve problems big and small through coding. This season, they will be joined by several celebrity guests including Judah Friedlander, Indya Moore, Alysia Reiner, Michael Torpey, Protoje, The Mowgli’s, and Ne-Yo.

“Helpsters is a live-action pre-school series from the makers of Sesame Street, encouraging children to explore the power of teamwork as puppets Cody, Scatter, Mr. Primm and Heart join a cadre of new celebrities to solve problems, including Black Lady Sketch Show’s Robin Thede, 30 Rock star Judah Friedlander, Garfunkel & Oates’ Kate Micucci, Indya Moore of FX’s Pose, as well as musical guests including Protoje, The Mowgli’s and Ne-Yo and more. In this fun & fuzzy series, the Helpsters approach any challenge – from babysitting a lizard, to hiding successfully while playing “hide & seek,” to opening a park– with a can-do attitude, because everything starts with a plan.

Helpsters will return on March 5th. Check out the trailer below.

What do you think? Are you a fan of the Helpsters TV series on Apple TV+ in your home?