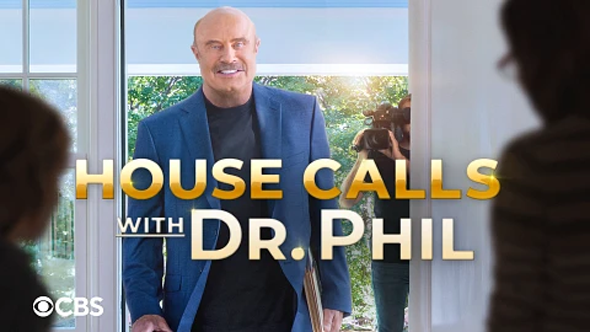 Phil McGraw is coming to primetime. The host of the popular syndicated Dr. Phil TV series will star in a new series, House Calls with Dr. Phil, which will debut on Wednesday, August 18th. The new show will feature McGraw leaving his studio to travel the country to help families in need and dispense advice.

Here’s more information from CBS, as well as a trailer:

CBS announced today that the new one-hour primetime series, HOUSE CALLS WITH DR. PHIL, will premiere Wednesday, August 18 (9:00-10:00 PM, ET/PT), on the CBS Television Network and available to stream live and on demand on the CBS app and Paramount+.

Hosted by Dr. Phil McGraw, one of the most well-known mental health professionals in the world and host of the #1 daytime talk show, “Dr. Phil,” HOUSE CALLS WITH DR. PHIL features the talk show legend leaving his studio to travel across the country visiting families in need of his help. Using his unique, proven techniques, Dr. Phil will work with each family as they attempt to work through various emotional barriers with the hope of authentically changing their lives for the better.

“I am so excited because unlike anything I’ve ever done before, my team and I are able to go into the family’s own home, for days at a time, and deal with real world challenges in real world settings,” said Phil McGraw, who additionally serves as an executive producer on the series. “It is such a great opportunity for me to bring about meaningful and lasting change.”

Check out our CBS status sheet to track the Tiffany network’s new series pickups, renewals, and cancellations. You can find lists of cancelled shows here.
What do you think? Do you watch the Dr. Phil TV series in the daytime? Do you plan to check out McGraw’s new CBS show?

No why do you have him giving advice when I read he didn’t renew his license in 2006. He has no right to give advice. You can get sue if it’s true.