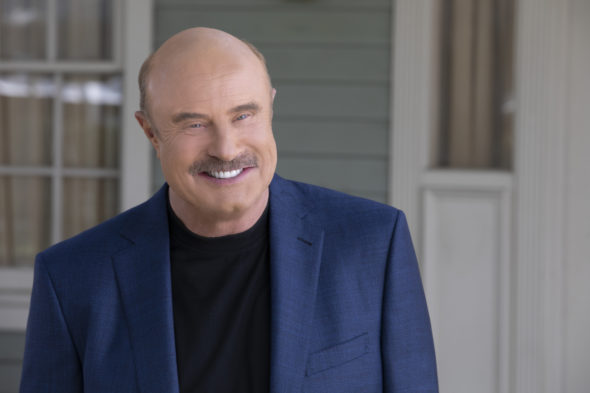 Can Dr. Phil help people outside of his studio? Has the House Calls with Dr. Phil TV show been cancelled or renewed for a second season on CBS? The television vulture is watching all the latest cancellation and renewal news, so this page is the place to track the status of House Calls with Dr. Phil, season two. Bookmark it, or subscribe for the latest updates. Remember, the television vulture is watching your shows. Are you?

Airing on the CBS television network, A docu-series, House Calls with Dr. Phil is led by Dr. Phil McGraw, the host of the popular daytime talk show, Dr. Phil. The series follows McGraw as he leaves his studio to travel across the country and visits families in need of his help. Using his unique and proven techniques, McGraw assists each family as they attempt to work through various emotional barriers in hopes of authentically changing their lives for the better.

The first season of House Calls with Dr. Phil averaged a 0.22 rating in the 18-49 demographic and 1.61 million viewers in the live+same day ratings (including DVR playback through 3:00 AM). While these numbers don’t include further delayed or streaming viewing, they are a very good indicator of how a show is performing, especially when compared to others on the same channel. There can be other economic factors involved in a show’s fate, but typically the higher-rated series are renewed and the lower-rated ones are cancelled. Find out how House Calls with Dr. Phil stacks up against other CBS TV shows.

Will CBS cancel or renew House Calls with Dr. Phil for season two? McGraw has had incredible success with his daytime talk show and this series could be used to fill in slots on the CBS schedule at various times of the year. The ratings are pretty terrible though. I’m leaning toward a renewal but a cancellation would not be a surprise at all. I’ll update this page with breaking developments. Subscribe for free alerts on House Calls with Dr. Phil cancellation or renewal news.

What do you think? Do you hope that the House Calls with Dr. Phil TV show will be renewed for a second season? How would you feel if CBS cancelled this TV series, instead?

Keep dr Phil! Those that dont like him can watch something else

Cancel. This is daytime programming and not good there either.