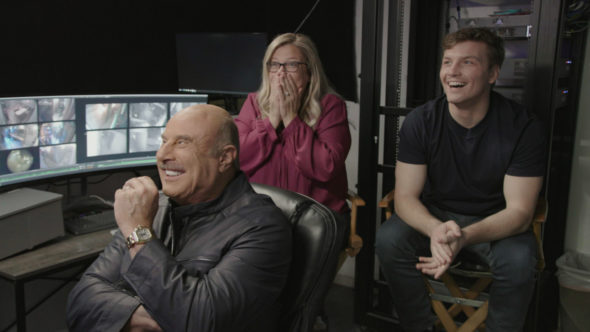 A CBS docu-series, House Calls with Dr. Phil is led by Dr. Phil McGraw, the host of the popular daytime talk show, Dr. Phil. The series follows McGraw as he leaves his studio to travel across the country and visits families in need of his help. Using his unique and proven techniques, McGraw assists each family as they attempt to work through various emotional barriers in hopes of authentically changing their lives for the better.

Impressed in the timing of such a touching way to perform therapy in a time of isolation.

A more polished version of Iyanla, Fix My Life and less religious undertones than the T.D. Jake’s Show.

A preferred option to what his daytime show has become-“shock” therapy.

Will watch to see where both of his shows go.

I loved this show! I can quickly cut someone off if they hurt me. Forgiveness is so important! Hurt people, hurt people!