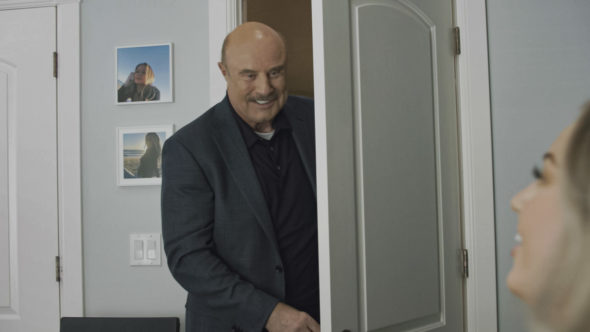 Dr. Phil McGraw has had incredible success with his daytime talk show, Dr. Phil. But, how will his new CBS primetime series perform in the ratings? Will House Calls with Dr. Phil be cancelled or renewed for season two? Stay tuned.

A docu-series, House Calls with Dr. Phil follows McGraw as he leaves his studio to travel across the country and visits families in need of his help. Using his unique and proven techniques, McGraw assists each family as they attempt to work through various emotional barriers in hopes of authentically changing their lives for the better.

9/16 update: You can see the latest night’s ratings in context.

What do you think? Do you like the House Calls with Dr. Phil TV series on CBS? Should it be cancelled or renewed for a second season?

Cancel. I’ve never liked Dr. Phil. At best this is a daytime show, not a prime time evening show.