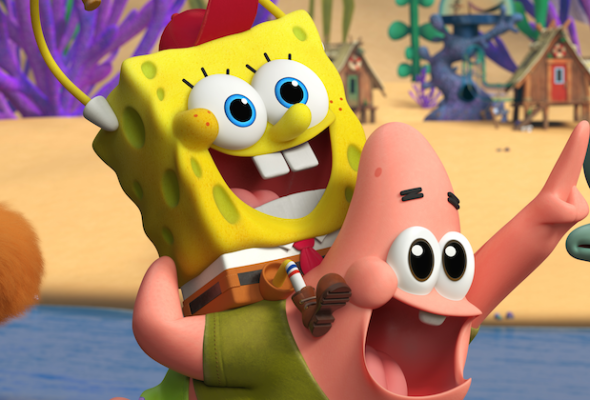 Kamp Koral: SpongebBob’s Under Years is coming to Nickelodeon and Paramount+, and a preview has now been released for the prequel series. The show will look at the early lives of characters from the popular SpongeBob Squarepants series.

Nickelodeon revealed more about the new SpongeBob SquarePants spin-off in a press release.

“Nickelodeon and Paramount+ today released a sneak peek of the all-new Paramount+ Original Series Kamp Koral: SpongeBob’s Under Years during a special halftime presentation of the NFL Wild Card Game on Nickelodeon. In the sneak peek of the series premiere, “The Jellyfish Kid,” a young SpongeBob is determined to catch his first jellyfish and his friends do whatever they can to help him.

In the first-ever SpongeBob SquarePants spinoff, the CG-animated prequel follows 10-year-old SpongeBob SquarePants and his pals as they spend their summer building underwater campfires, catching wild jellyfish, and swimming in Lake Yuckymuck at the craziest camp in the kelp forest, Kamp Koral.”

Check out a preview for Kamp Koral: SpongeBob’s Under Years below.

What do you think? Are you a SpongeBob fan? Do you plan to check out the spin-off?

Interesting how SB’s creator Stephen Hillenburg told Nickelodeon directly that he was strictly against Spongebob having any spin-offs….

…only for Nickelodeon to create Kamp Koral and announce multiple others immediately after his death.