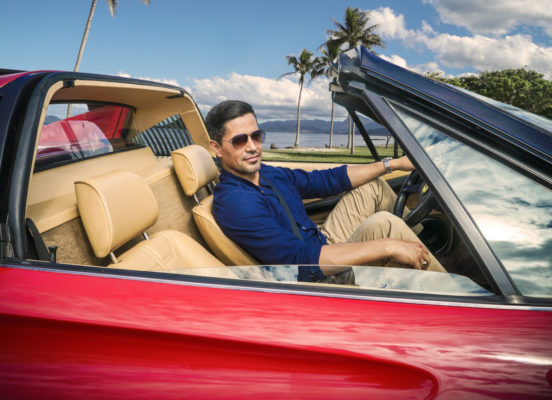 A reboot of the ’80s series, the crime drama  centers on former Navy SEAL Thomas Magnum (Jay Hernandez), who is back from Afghanistan and working as a private investigator. The cast also includes Perdita Weeks, Zachary Knighton, Stephen Hill, Tim Kang, and Amy Hill.

What do you think? Do you watch Magnum PI? Are you looking forward to season two?

I am very much looking forward to season 2 of Magnum PI. It’s a very engaging series

I love this show so much that I’m watching the season one repeats because I can’t wait for season two to start airing. I hope that it continues in the same manner that they developed it in season one – which I thought was perfect – and with some new tie-ins to Hawaii Five-0. Wishing that the show will continue for many more seasons.

I am definitely looking forward to the new season of Magnum P.I. The cast is as good as the original and I think the interaction between Magnum and Higgins is better this time. To be honest after all the press with NCIS especially the ridiculous return of Cote de Pablo I think Magnum is now my favorite show

I really did not expect to like this version of Magnum PI. after all who can compare to Tom Selleck? But guess what?! I love it! But involve the dogs more! They are stars too!

I was of the same mind about a new “tom Selleck” and did not watch for the first couple of shows. However, when I tuned in I got hooked. It will never like the Old Magnum because the bent of the show is a bit different, but enjoyable. thank you.

Such a great show and I was worried it might not be renewed but thank goodness it is up and running. 5 stars for this show.

I may check out the second season to see if I like it any better than season one. I prefer the original. Can you direct me to someone regarding HGTV’s Desert Flippers returning for a season 4?

Happy that show was renewed. I really enjoy watching it. All he characters are great. Glad that the Higgins character has much more action involved.

Looking forward. I love this show besides Jay been so hot, the show is super entertaining! I’m very excited that it’s coming back in September. Yay

Looking forward to Season 2 of MagnumPI. Reboot of the series I love.

i’m happy to get more seasons

I thought Season 2 was airing on Friday nights?

Yes I watch Magnum PI. I was surprised that they could find someone to take the job of Tom Selleck and do so well. I miss Higgins , Rest In Peace, he was always a good “Drill Sargent “ for Magnum counter part. At least the Dogs still give chase. Keep up the good work!!!

Obviously I disagree. The original Magnum had heart. No one will ever replace Tom Selleck. I am amazed this **** has lasted 6 months. It’s all flash and no story. Do yourself a favor, watch the old Magnum and you’ll see a show that you will enjoy. Tom Selleck IS MAGNUM, p.i.