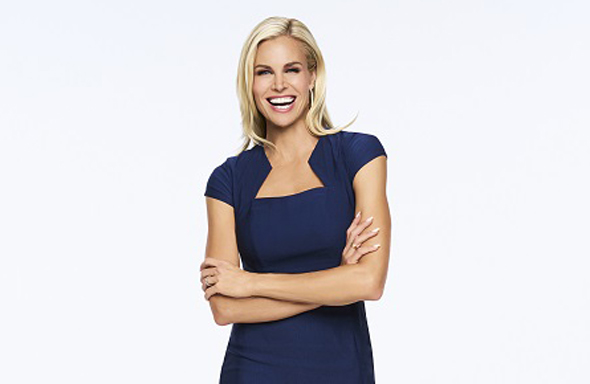 Master Minds is returning to Game Show Network in January. The cable channel has announced a premiere date for the third season of the trivia competition series, which is hosted by Brooke Burns (above). The channel has also released details about who viewers will be seeing as the “Master Minds”, the trivia experts who try to prevent regular contestants from taking home a cash prize.

GSN revealed the following about the return of the series in a press release.

“Season 3 of MASTER MINDS will premiere on Monday, January 9 at 6 p.m. ET on Game Show Network and air weekdays.

In MASTER MINDS, three contestants square off against three trivia Master Minds in multiple rounds of intense trivia competition. The lowest scoring player on each side is eliminated until the top competitor and top Master Mind are left standing and now must face off, head-to-head, in the Ultimate Trivia Challenge. If the contestant can get more questions correct than the Master Mind, they will win $10,000 and come back to challenge the Masters again. If they win two games in a row, they join the ranks of the Master Minds and will appear in future episodes.

Actress and Emmy(R)-nominated television host Brooke Burns began her career with breakout roles in “Ally McBeal,” “Baywatch,” and “Melrose Place.” In 2002, she made her game show hosting debut on NBC’s “Dog Eat Dog,” and went on to host ABC’s “You Deserve It” with Chris Harrison. From 2013-2015 Burns served as host of Game Show Network’s Emmy(R)-nominated and wildly popular UK-adapted trivia show, “The Chase,” where she was also nominated for an Emmy(R) as Outstanding Game Show Host. Burns is also known for her starring roles on the Hallmark and Lifetime Channels, currently for the original movie franchise “Gourmet Detective,” and earlier films “A Sister’s Revenge,” “The Most Wonderful Time of the Year,” and “Christmas Connection.”

The Master Minds the contestants will be facing are:

MARK LABBETT, The Beast (Triverton, UK) – Mark’s mighty brain is so huge that it took not one but THREE internationally renowned centers of learning to keep him occupied… he has degrees from Oxford, Exeter and Glamorgan universities. He’s also a qualified mathematics teacher but these days works as a professional quizzer, spending his days cramming more and more facts into his phenomenal cerebellum. When he’s not studying for quizzes, he says he watches far too much sport, especially US sports and reckons he knows the nickname of every College football team in the States. Of course, he could be bluffing… but who’s going to call him out?

MUFFY MARRACCO, The Historian (Swarthmore, PA) – A tutor and writer of an original Lifetime movie, Muffy Marracco solidified her place in trivia history after winning on Who Wants To Be A Millionaire and The Chase. Marracco, whose favorite trivia category is American history, is ranked in the top 20% of players in the World Quizzing Championships. She is a graduate of Brown University and holds a Master of Swedish Social Studies from Stockholm University. Marracco has two rescue dogs and enjoys volunteering with a dog rescue group when not playing trivia or helping her students.

JONATHAN CORBBLAH, The Chess Wizard (Brooklyn, NY) – As a world class chess master, Jonathan Corbblah brings a unique strategy to his trivia exploits. Corbblah, whose favorite trivia category is geography, has won on Wheel of Fortune, The Chase, Who Wants To Be A Millionaire and Jeopardy!. When not playing chess or on a game show, this quiz bowl coach & Mensa member enjoys playing Scrabble, basketball, and poker.

Additional Master Minds featured throughout the season will be:

ARIANNA HAUT, The Headmaster (Topanga, CA) – As an educator who founded a charter school in Los Angeles, Arianna Haut continues her passion for knowledge through trivia game shows. With successful runs on The Chase, Jeopardy!, and Who Wants To Be A Millionaire, Haut, who counts literature and food as her favorite quizzing categories, is an experienced trivia master who loves to be constantly learning. When not immersed in trivia, she can be found at Disneyland, supporting the Dodgers, or working on crossword puzzles.

What do you think? Are you excited about the return of this game show in January?

One of my favorite game shows! There are back to back episodes in the am, only one in the pm. I think “Beastie” is not accustomed to using the buzzer. He has to practice with it. Brooke is very good as the host.

I enjoy Jonathan’s humorous barbs! He’s not arrogant. He’s funny and most enjoyable!!

Jonathan needs to be replaced. He is arrogant and just doesn’t fit with the rest of the crew.