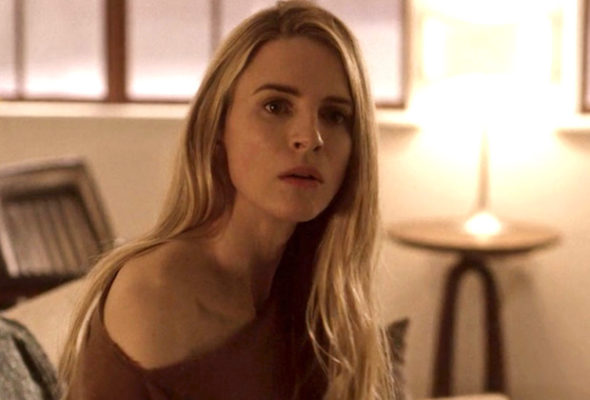 Retreat is coming to FX. The cable channel has ordered the upcoming mystery series from Brit Marling and Zal Batmanglij. Marling will also star in the series in a key role, playing an amateur detective trying to solve a murder at an exclusive retreat.

FX revealed more about the upcoming limited series in a press release.

“FX has ordered Retreat, a limited series from Brit Marling and Zal Batmanglij that follows an amateur sleuth as she attempts to solve a murder at a secluded retreat, it was announced today by Gina Balian, President, Original Programming. Marling (The OA, Another Earth) and Zal Batmanglij (The OA, Sound of My Voice) will write the series and both will direct. Marling will additionally play a key role in the series.

Retreat is executive produced by Marling, Batmanglij and Andrea Sperling (Transparent). The series will be produced by FX Productions.

“Brit Marling and Zal Batmanglij have delivered a suspenseful story that updates the classic mystery genre with a bold new character for our times,” said Balian. “We are thrilled that Brit and Zal and the rest of the creative team will bring this series to life with their unique points of view and care.”

Retreat is a mystery series with a new kind of detective at the helm – a gen Z amateur sleuth named Darby Hart. Darby and 11 other guests are invited by a reclusive billionaire to participate in a Retreat at a remote and dazzling location. When one of the other guests is found dead, Darby must fight to prove it was murder against a tide of competing interests and before the killer takes another life.”

Additional casting and a premiere date for the mystery series will be announced at a later time.

What do you think? Are you planning to check out Retreat when it eventually premieres on FX?

Yes I will, but the problem is how quick shows are canceled, and there’s no ending. It’s very frustrating

Anything involving Brit is sure to be an outstanding and intriguing visual commentary!

Sounds like a show I would enjoy. Here’s hoping it’s a quality series.