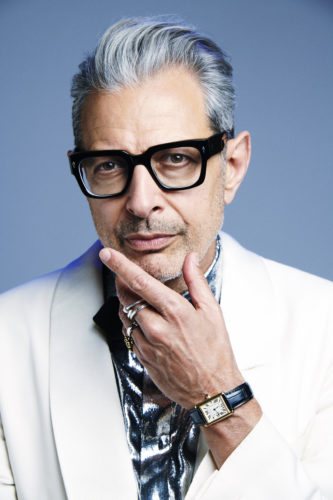 A big name is joining the cast for season five of Search Party in a recurring role – Jeff Goldblum — and he’ll play a charismatic tech billionaire who will have dealings with Dory (Alia Shawkat). John Early, Meredith Hagner, John Reynolds, and Cole Escola also star in the HBO Max comedy series which follows a group of friends.

HBO Max revealed more about the casting of Goldblum in a press release.

“Oscar® and Emmy Award® nominee Jeff Goldblum is joining the cast of the beloved comedy series SEARCH PARTY for its fifth season. Goldblum will star in the recurring role of “Tunnel Quinn,” a charismatic tech billionaire who enters a very public business partnership with Dory (Alia Shawkat) on the other side of her near death experience. Dory folds her old friends Portia (Meredith Hagner), Elliott (John Early) and Drew (John Reynolds) into the venture as they embark on an altruistic but terrifying journey. The Max Original SEARCH PARTY is executive produced by Sarah-Violet Bliss, Charles Rogers, Michael Showalter, and Jax Media’s Lilly Burns and Tony Hernandez.

“Search Party is such a brilliant show. What a thrill and a privilege it is to get to be a little part of it! I respect and adore everyone involved with this magical entertainment,” says Jeff Goldblum.”

A premiere date for Search Party season five will be announced at a later date.

What do you think? Are you a fan of Goldblum? Do you plan to watch season five of Search Party?