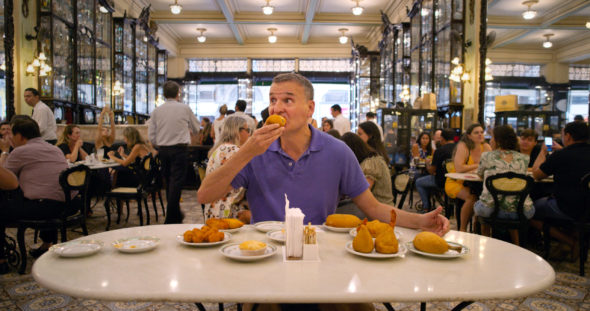 Somebody Feed Phil is returning to Netflix for another season. The food travel series has been renewed for a fifth season by the streaming service, and the 10 episode count is nearly double that of those ordered for previous seasons.

In a statement released when the Somebody Feed Phil renewal was announced, Rosenthal said the following, per The Hollywood Reporter:

“I’m thrilled. The world is opening up again and so is my mouth.”

However, fans will not see Max Rosenthal, Phil’s father, on the Netflix series again. He appeared on a few episodes of the series with his son, and he passed away at the age of 95 on Sunday. Phil shared a message about his father’s passing on Twitter.

What do you think? Are you a fan of Somebody Feed Phil? Do you plan to watch season five on Netflix?

This show brings so much joy to me! I am transported to different places where I can see things I will never experience. And the food experience is phenomenal!
But for me the best part of the show is Phil. His exuberant spirit permeates everything. I especially embrace his desire to bring people together in love and harmony. Such a beautiful mission he takes around the globe!
Thank you for another season. I will miss his father. That Skype part was special.

Love this show. Real, fun, interesting. So sorry to hear of his fathers passing. Thoughts and prayers to Phil, Monica and family.
Keep up the good work!!!