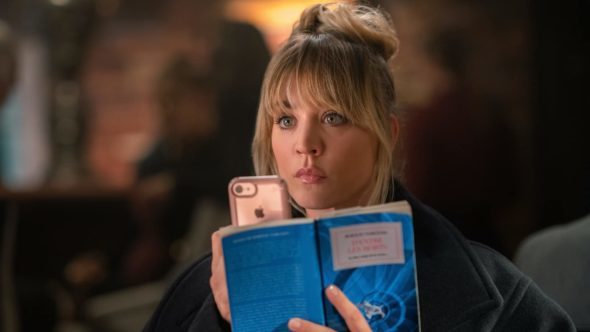 The Flight Attendant just ended its second season on HBO Max last week, and it is doubtful viewers will see a third season – at least anytime soon. Kaley Cuoco, the star of the comedy-drama series, is not ready to return for a third season.

Per People, Cuoco said the following about future seasons of The Flight Attendant on HBO Max:

“I’m like, ‘Well, we did two. We should probably be done.’ And I think I’ve been outnumbered with that thought. There’s definitely interest in doing a third season. I think for me, at this moment, the plane has landed.

I think I need a minute. I just kind of feel like we just ended. Some of my favorite shows on TV take some time to come back, and then I get very excited about a new season. I want to make sure that the fans are excited and that we’re not pushing it too hard.”

If there is a third season, Cuoco wants to make sure they have a good story. She said the following about potentially continuing the series:

“I mean, we’ve done so much this season. Even in the eight episodes, we’ve done so much story that I’m thinking, Well, what could we do next? So it’s going to take a lot of thought to make sure if we go back that it’s better than the last two, which is very hard to do.”

What do you think? Do you want to see a third season of The Flight Attendant on HBO Max?

Selfishly, yes, I’d like to see a 3rd. But I fully understand it if it doesn’t happen.

Please renewed another season so good look forward to seeing it every episode best HBO Max.

should have ended it with season one. there was nothing to tell in S2

the tv show sucks, i watched the 1st season because i liked TBBT , this should be canceled