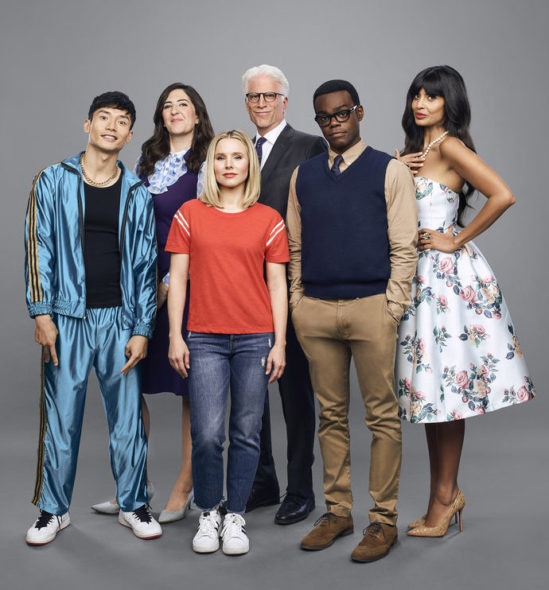 Is the third season of NBC’s The Good Place TV show heaven-sent? As we all know, the Nielsen ratings typically play a big role in determining whether a TV show like The Good Place is cancelled or renewed for season four. Unfortunately, most of us do not live in Nielsen households. Because many viewers feel frustration, when their viewing habits and opinions aren’t considered, we’d like to offer you the chance to rate all of The Good Place season three episodes for us. **Status update below.

After pleading their case to the Judge (Maya Rudolph) in the season two finale, the gang is given a second shot a living a good life. Season three finds them back on Earth. Separated and retaining no memory of one another their task seems insurmountable until they get a little help from Good Place architect Michael (Danson) who, along with not-a-robot Janet (Carden), is watching over them from afar.

What do you think? Which season three episodes of The Good Place TV series do you rate as heavenly, hellish, or somewhere between? Should NBC have cancelled or renewed The Good Place  for a fourth season? Don’t forget to vote, and share your thoughts, below.

Love it!! Don’t let this show slip through our fingers

The good place is becoming super out there weird. I just can’t watch it anymore

Love love love this show!! Love Kristen as Eleanor and the rest of the cast!!!! Please renew for the forth season!!!!!