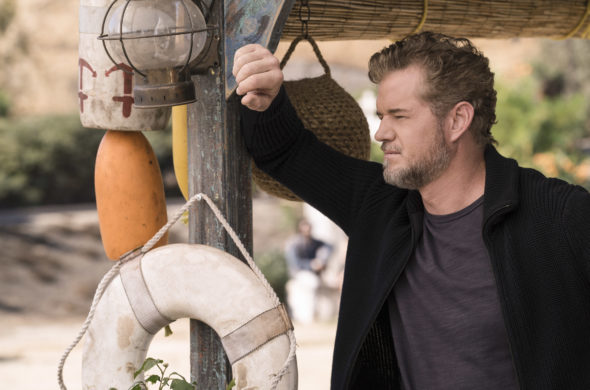 The Last Ship is setting sail for the last time. Today, TNT released a new trailer for the TV show’s upcoming fifth and final season.

The drama centers on the crew of the USS Nathan James, which must try to find a cure for a deadly virus that has wiped out most of the world’s population. The cast includes Eric Dane, Bridget Regan, Adam Baldwin, Charles Parnell, Travis Van Winkle, Marissa Neitling, Christina Elmore, Jocko Sims, Bren Foster, and Kevin Michael Martin.

The fifth and final season of The Last Ship debuts on TNT on September 9th at 9 p.m. ET/PT. 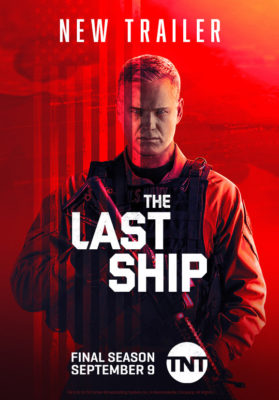 TNT is revealing The Last Ship’s new, action-packed long-form trailer.The Last Ship will complete its mission when the show returns for its fifth and final season on Sunday, Sept. 9, at 9 p.m.

Eric Dane (Grey’s Anatomy), Bridget Regan (Agent Carter) and Adam Baldwin (Firefly, Chuck) star in this explosive series chronicling the aftermath of a global catastrophe that nearly decimated the world’s population. This season, the world is finally recovering from the deadly virus that devastated the population, but global political unrest remains.”

What do you think? Are you a fan of The Last Ship? How do you want the series to end?

Best show on TV! Do not cancel!

I have a bad feeling they are going to end the series badly. I’m debating if I should even watch this final season I like the first two seasons the third Fourth season pretty bad. so I’m not really looking forward to this final season.

Why would you end an amazing drama with fantastic actors and a plot which will never get dull. QUIT MAKING GREAT SHOWS THEN CANCELLING THEM. THIS SHOW AND CAST ARE FRIGGIN AMAZING AND DESERVE TO CONTINUE !!!!!!!!!!!!!!!!!!