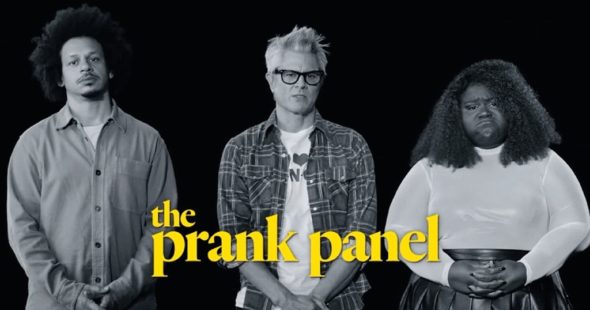 The Prank Panel is coming to ABC. The alphabet network has ordered the new unscripted comedy series, which will arrive at some point in 2023. Johnny Knoxville, Eric Andre, and Gabourey Sidibe make up the show’s panel, and they will help regular people develop pranks to play on their family members, co-workers, and friends.

ABC revealed more about the series in a press release.

ABC has picked up a new unscripted comedy series coming to the network in 2023. “The Prank Panel” lets everyday people pitch pranks targeting family members, friends and co-workers to a panel of the world’s greatest pranksters.

Johnny Knoxville, Eric Andre and Gabourey Sidibe form the all-star panel of “pranxperts,” taking viewers behind the scenes as they help to plot and plan elaborate and diabolical schemes. The Panelists serve as mentors and saboteurs, with celebrity guests sometimes joining the fun.

“The Prank Panel” is produced by KIMMELOT and ITV America. Executive producers include Matt Silverstein and Dave Jeser, Jimmy Kimmel and Scott Lonker for KIMMELOT, Johnny Knoxville and Eric Andre, and Jordana Hochman, Bernie Schaeffer and Vin Rubino for ITV America. A premiere date for the new comedy series will be announced at a later time.

Check out the preview for The Prank Panel below.

What do you think? Are you planning to check out this new comedy series once it premieres on ABC?