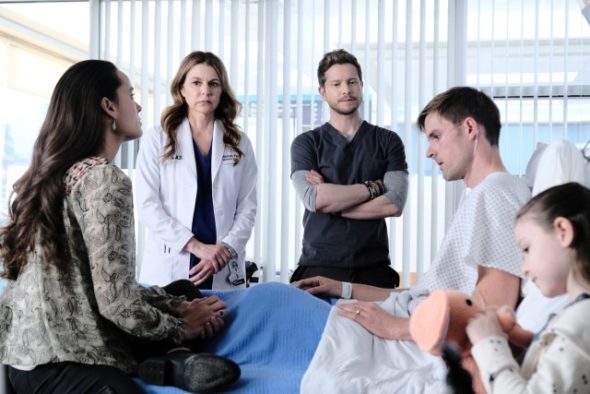 So happy The Resident is returning. Love the show.

Always love the show I want this show to stay

The Resident is my favorite show and I’ve really been missing it. I love all the story lines whether per episode or ongoing and I love all the characters.

I love watching the residents the medical center because they to the glory stuff and I like seeing doctors saveing people in the operating room and out. Plus I love the whole cast

My daughter and I love watching the Resident. It’s our time to enjoy something together between her job, college and me being a full time care giver after the recent passing of my husband.

Yea! We love the Resident. So glad Fox sees the value of this great show. Hopefully it will be on for several more years.

Love, love this show! Actors are all great and situations and romance seem real.

Love, love this show! Actors are great and the romance seems so real.

We love “The Resident”. The stories are well thought out and the actors do a really great job. The personal situations keep everything well balanced. Thank you Fox for renewing such a wonderful show.
A suggestion…..maybe it’s not a good idea to have it up against “NCIS” which I also record and watch. “NCIS” has been on something like 17 years and is still going strong.

Awesome…so glad this show will be on.

Love this show, I’m glad it is returning for another season.

Thank You! I love the resident. Will watch season 4 plus every other season to come. Great cast. Have been a fan of Emily Van Camp since Revenge. She and Matt are a great couple. Don’t belong to the 18-49 group but this is one of my favorite shows. I see that it dropped in rating numbers. Perhaps the drop was because it was moved from Monday night to Tuesday. Should have left it with 911 and dropped 911 Lone Star. Just saying.

Thrilled this show is continuing. From a resident in Australia.