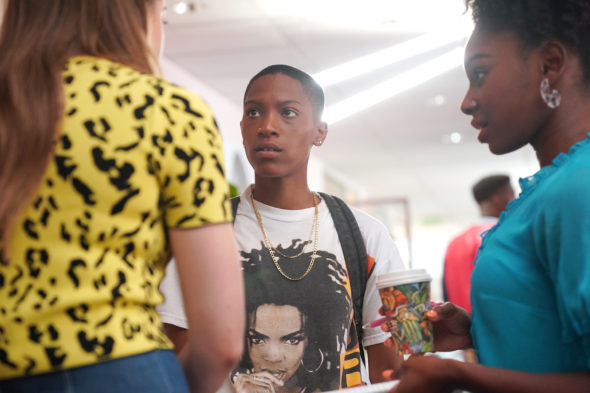 Is this trio of friends sticking together? Has the Twenties TV show been cancelled or renewed for a third season on BET? The television vulture is watching all the latest cancellation and renewal news, so this page is the place to track the status of Twenties, season three. Bookmark it, or subscribe for the latest updates. Remember, the television vulture is watching your shows. Are you?

The second season of Twenties averaged a 0.14 rating in the 18-49 demographic and 536,000 viewers in the live+same day ratings (includes all DVR playback through 3:00 AM). Compared to season one, that’s down by 2% in the demo and up by 5% in viewership in the live+same day ratings (including DVR playback through 3:00 AM). While these numbers don’t include further delayed or streaming viewing, they are a very good indicator of how a show is performing, especially when compared to others on the same channel. Though other economic factors are involved, the higher-rated shows usually get renewed and the lower-rated ones get cancelled. Find out how Twenties stacks up against other BET TV shows.

Will BET cancel or renew Twenties for season three? The show doesn’t draw big traditional ratings but it does well enough for the channel to create an after-show. I think this series from Lena Waithe has a very good chance of being renewed. I’ll update this page with breaking developments. Subscribe for free alerts on Twenties cancellation or renewal news.

What do you think? Do you hope that the Twenties TV show will be renewed for a third season? How would you feel if BET cancelled this TV series, instead?

I strongly believe that this show can go on only if they continue to come up with a script that will honestly grab the audience attention. I honestly can relate to this show and that’s why it got my attention. This is a new generation for not only the straight community, it also has the LGBTQ community and I’m with it. The fact that there are older women like Ida B and Hattie’s relationship. Just like how the show The L word had aired on tv from day one and now look. There continuing the show with our new generation… Read more »

You don’t end a show like that @season 2. Also is that a goodbye from Ida. B

Losing interest if she leaves. Ida x Hattie is undeniably best for the outcome of the show