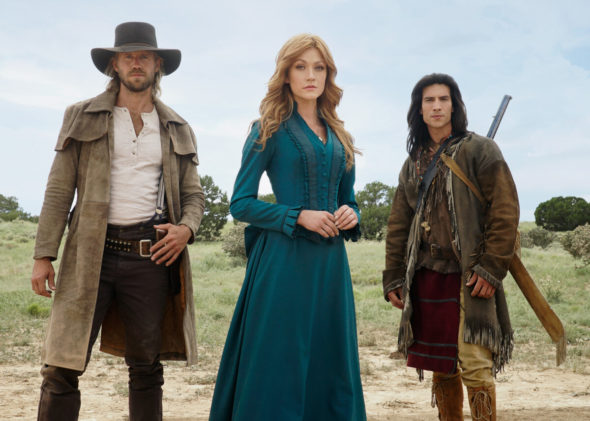 In the past, The CW didn’t focus on ratings because its shows were profitable for the network’s parent companies thanks to streaming and international sales. Now, The CW is being run by Nexstar and shows have to earn their keep via more traditional methods. Will Walker: Independence be cancelled or renewed for season two? Stay tuned.

An action period-drama series, the Walker: Independence TV show is a prequel to the Walker series. It stars Katherine McNamara, Matt Barr, Katie Findlay, Greg Hovanessian, Philemon Chambers, Justin Johnson Cortez, Lawrence Kao, and Gabriela Quezada. The story is set in the late 1800s and follows Abby Walker (McNamara), an affluent and tough-minded Bostonian whose husband is murdered before her eyes while on their journey out West. After crossing paths with Calian (Cortez), a curious Apache tracker, Abby arrives in the town of Independence, Texas. There, she encounters eclectic residents running from their pasts, chasing their dreams, and keeping their own secrets. Abby also literally runs into Hoyt Rawlins (Barr), a slippery rogue, thief, and con artist with a dented heart of gold who quickly eyes Abby as a mark — until she turns the tables on him. Abby and Hoyt soon find themselves precariously aligned, both seeking to uncover the truth about the identity of Abby’s husband’s killer. They also vow to save Independence, a frontier boomtown where nothing is what it seems.

What do you think? Do you like the Walker: Independence TV series on The CW? Should it be cancelled or renewed for a second season?

Renew Walker:Independence
It’s a great show with great actors and actresses. I love the story line.
If you cancel anything cancel Walker itself. In Chuck Norris will ever be the real Cordell Walker