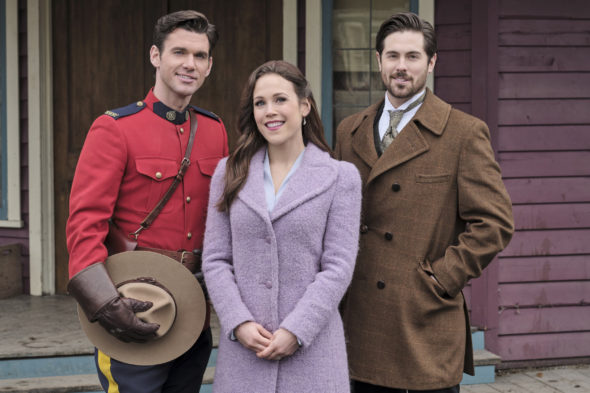 When Calls the Heart is returning in February with its eighth season, and Hallmark Channel has released several previews for the new episodes. Production on the 12-episode season wrapped in November. The show typically airs 10 episodes a season so it’s likely that the two additional episodes for season eight are due to the lack of a Christmas film this year.

Erin Krakow, Jack Wagner, Pascale Hutton, Kavan Smith, Chris McNally, Kevin McGarry, Martin Cummins, Paul Greene, Andrea Brooks, Eva Bourne, Kayla Wallace, and Aren Buchholz star in the series which follows the lives of the residents of Hope Valley. Elizabeth Thatcher (Krakow) is a young teacher who moved to Hope Valley at the start of the series. Since her arrival in town, she has fallen in love, married, become a widow and mother, and she is now finding love again. Who will the lucky man be though? Fans will find that answer out during season eight.

Check out the new previews for the new season of When Calls the Heart below.

When Calls the Heart returns to Hallmark Channel on February 21st.

What do you think? Are you excited for the return of When Calls the Heart? Do you plan to watch the new season on Hallmark Channel?

When are they bringing Lori Loughlin back? Maybe I will watch again.

Can not wait to see season 8!! We have definitely missed not seeing a new Christmas episode, but are grateful that the cast was able to film through these trying times. So thank you to all the cast and crew members! And hopefully Elizabeth will fall in love with Nathan!