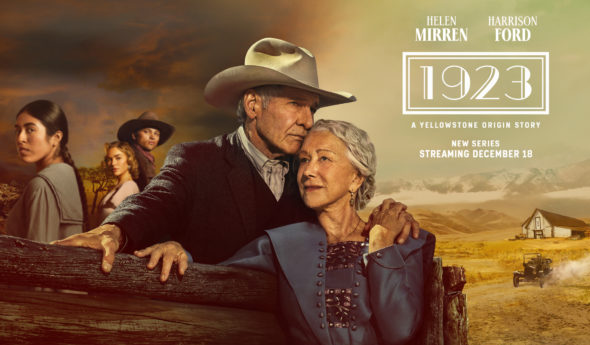 TV show description:
A Western drama series, the 1923 TV show focuses on the next generation of the Dutton family seen in the 1883 series. The story explores the early 20th century when pandemics, historic drought, the end of Prohibition, and the Great Depression all plague the mountain west, and the Duttons who call it home.

Jacob Dutton (Ford) is the family’s patriarch and is married to Cara (Mirren). John Dutton Sr. (Dale) is Jacob’s eldest nephew and right-hand man. Emma (Shelton) is John’s dutiful wife and the mother of Jack.

A dedicated rancher who is deeply loyal to his family, Jack Dutton (Mann) is the son of John Dutton Sr. and the great-nephew to Jacob. Elizabeth Strafford (Randolph) is a feisty and capable young woman who is set to marry Jack.

Other characters include Zane (Geraghty), a fiercely loyal ranch foreman; Teonna Rainwater (Nieves), a young woman at a government residential boarding school; and Alexandra (Schlaepfer), a British woman who meets one of the Duttons abroad.

What do you think? Do you like the 1923 TV show? Do you think it should be renewed for a third season?