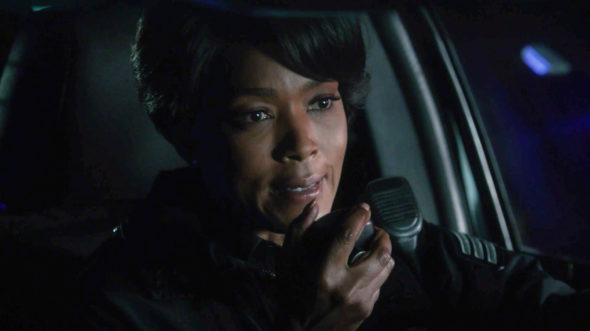 New disasters and drama are coming in the sixth season of the 9-1-1 TV show on FOX. As we all know, the Nielsen ratings typically play a big role in determining whether a TV show like 9-1-1 is cancelled or renewed for season seven. Unfortunately, most of us do not live in Nielsen households. Because many viewers feel frustrated when their viewing habits and opinions aren’t considered, we invite you to rate all of the sixth season episodes of 9-1-1 here.

A FOX procedural drama series, the 9-1-1 TV show stars Angela Bassett, Peter Krause, Jennifer Love Hewitt, Oliver Stark, Kenneth Choi, Aisha Hinds, Ryan Guzman, Corinne Massiah, Marcanthonee Jon Reis, and Gavin McHugh. Inspired by real-life experiences of first responders, this show centers on the police officers, firefighters, and dispatchers who are thrust into the most frightening, shocking, and heart-stopping situations. These emergency responders must try to balance saving those who are at their most vulnerable with solving the problems in their own lives.

What do you think? Which season six episodes of the 9-1-1 TV series do you rate as wonderful, terrible, or somewhere between? Do you think that 9-1-1 should be cancelled or renewed for a seventh season on FOX? Don’t forget to vote, and share your thoughts, below.

Do Not Cancel. Really scripted well

One of the best shows on TV. Please don’t cancel it.