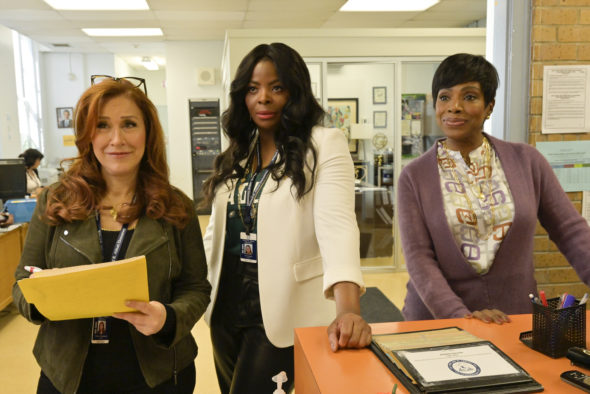 Will this comedy graduate to a sophomore year? Has the Abbott Elementary TV show been cancelled or renewed for a second season on ABC? The television vulture is watching all the latest cancellation and renewal news, so this page is the place to track the status of Abbott Elementary, season two. Bookmark it, or subscribe for the latest updates. Remember, the television vulture is watching your shows. Are you?

Airing on the ABC television network, the Abbott Elementary TV show stars series creator Quinta Brunson, Tyler James Williams, Janelle James, Chris Perfetti, Lisa Ann Walter, and Sheryl Lee Ralph. The story follows a group of dedicated, passionate teachers (as well as a slightly tone-deaf principal) as they navigate the Philadelphia public school system. Despite the odds stacked against them, they are determined to help their students succeed in life, and though these incredible public servants may be outnumbered and underfunded, they love what they do — even if they don’t love the school district’s less-than-stellar attitude toward educating children.

The first season of Abbott Elementary averaged a 0.56 rating in the 18-49 demographic and 2.82 million viewers in the live+same day ratings (including DVR playback through 3:00 AM). While these numbers don’t include further delayed or streaming viewing, they are a very good indicator of how a show is performing, especially when compared to others on the same channel. There can be other economic factors involved in a show’s fate, but typically the higher-rated series are renewed and the lower-rated ones are cancelled. Find out how Abbott Elementary stacks up against other ABC TV shows.

Will ABC cancel or renew Abbott Elementary for season two? The network needs new family comedies and this fits in well with its established sitcoms. The show had a good launch and its ratings have been pretty consistent so, for now, I think that it has a good chance of being renewed. I’ll update this page with breaking developments. Subscribe for free alerts on Abbott Elementary cancellation or renewal news.

3/15/22 update: Abbott Elementary has been renewed for a second season on ABC.

What do you think? Are you glad that the Abbott Elementary TV show has been renewed for a second season? How would you feel if ABC had cancelled this TV series, instead?