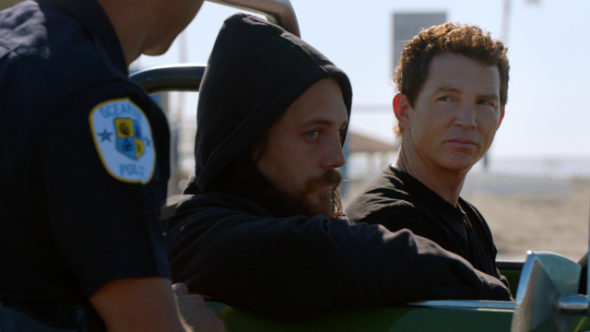 The tale of the Cody family is coming to an end this summer. TNT has announced that the sixth and final season of Animal Kingdom will debut on Sunday, June 19th with a pair of installments. There will be 13 episodes once again.

A family crime drama series, the Animal Kingdom TV show stars Shawn Hatosy, Ben Robson, Jake Weary, Finn Cole, and Leila George. The story revolves around the Cody crime family who has now lost its matriarch. In the final season, the Cody boys discover that they can’t outrun their past. With their empire expanding, a cold case investigation sets off a series of events that puts the entire family in jeopardy. Revenge, betrayal, and a reckoning with long-forgotten violence leads to an explosive conclusion six seasons in the making.

Here’s a preview of the upcoming season.

What do you think? Have you kept up with the Animal Kingdom TV series? Will you be tuning in for the final season? Will you be sorry to see this show end?

Loved it from the start. Sorry to see it ending!!!

have loved it since the get and will miss it.

I love this show and am sad to see the story end. A story of young Smurf and her rise to crime would be a great show.

Ummm, that’s what the whole premise of Season 5 essentially was —- did you miss watching the whole Season 5?

I love love love this show and hate to see it end.

I love this show, cant wait for the final season, will be sorry to see it end, all good things come to an end though, one of my all time favorite shows.