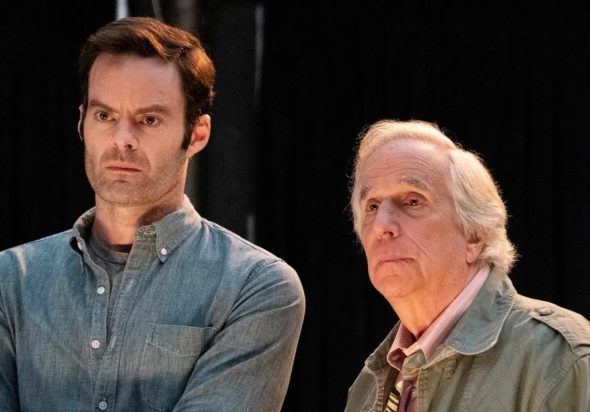 It sounds like Barry won’t be returning for a fifth season. The comedy will end with the upcoming fourth season, according to castmates Henry Winkler (above, right) and Anthony Carrigan.

Winkler, who plays eccentric acting coach Gene Cousineau, recently revealed that Barry is ending. When asked how long he thought the series would run, Winkler replied,

“Four. Because Bill [Hader] and Alec [Berg] never try to stretch. Now, I don’t mean like stretch by being better, I mean they never try to stuff something that doesn’t […] they don’t wanna push it.”

Henry Winkler on why #Barry will only go on for 4 Seasons | Variety On the Carpet presented by @DIRECTV pic.twitter.com/ABFi8sRxpg

There’s been no official word from HBO but Carrigan, who plays endearing gangster NoHo Hank, confirmed the news during a recent podcast appearance, per TV Insider. When asked if season four would be the last for Barry, he simply said, “Yeah.”

anthony carrigan confirms season 4 will be the last season of #barry 👨🏻‍🦲 pic.twitter.com/I5fdIIKyMT

Bill Hader teased that his character will not be able to go back to his regular life following the events seen at the end of season three, Hader told Vulture, “There’s only so long a guy can get away with this. I know I feel watching shows sometimes, ‘They’re trying to keep the thing going and now it’s getting ridiculous to keep the thing going.’”

HBO will announce a premiere date for season four of Barry at a later time.

What do you think? Are you sad to hear that Barry is ending on HBO?

Look forward to seeing it. Big bummer some else is ending so funny comedy. Legend Henry Wrinkler Happy Days, Holes Disney movie so much has done also author teenager.

It’s interesting & twisted but nobody wants to see the Fonz jump the shark again! It’s time.

Great show. Very Sad to see it end. So we’ll written and acted. One of the best prestige shows on tv.