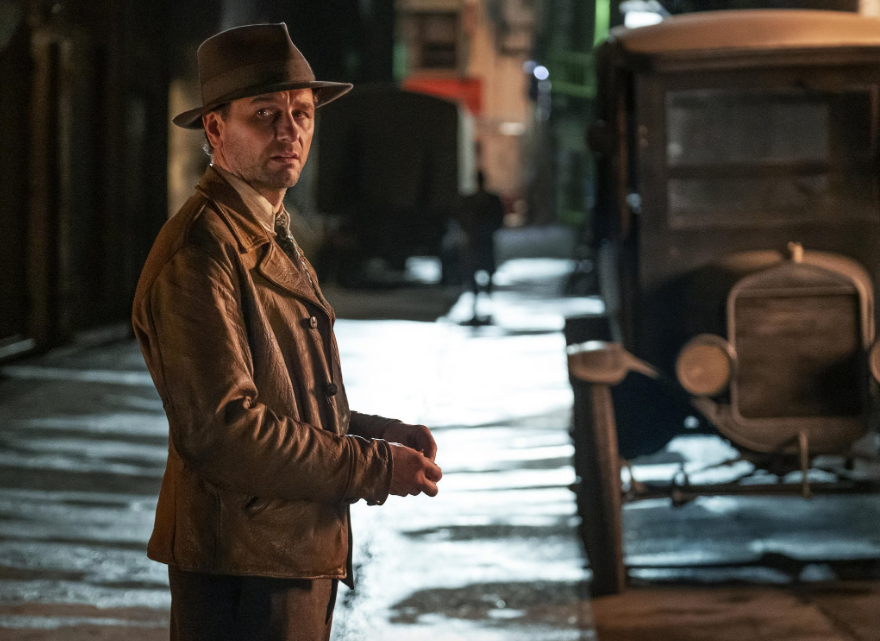 The cast of HBO’s Perry Mason is back on set. Production began on season two of the reimagining of the classic series earlier this week, and the cable channel has shared a photo from the set on Twitter, per TV Insider. The reboot premiered in June 2020, and it was renewed after five episodes.

Sean Astin, Tommy Dewey, Paul Raci, and Jen Tullock are joining Matthew Rhys and Juliet Rylance for season two of the HBO drama. Shea Whigham will return in a recurring role. The season will pick up three months after the end of season one. As the Great Depression throws America for a loop, Perry and his firm seek justice for their clients when a seemingly easy case takes over Los Angeles.

The following was revealed about the roles the new arrivals will play:

Astin will play Sunny Gryce, a new client of Perry and Della’s (Juliet Rylance). He’s teased as the embodiment of the American Dream and a force to be reckoned with on the battlefield of the town’s dueling supermarkets.

Check out the first photo from the set of Perry Mason season two below. The series returns in February 2023.

Back on the case.#PerryMason Season 2 premieres this February on @hbomax. #HBO50 pic.twitter.com/YaL9Oqa1Q6

What do you think? Are you excited to see a second season of Perry Mason on HBO?

Will be fun to see how this evolves.

Look forward to seeing it. So good enjoy it and love it new year .

Look forward to seeing it every