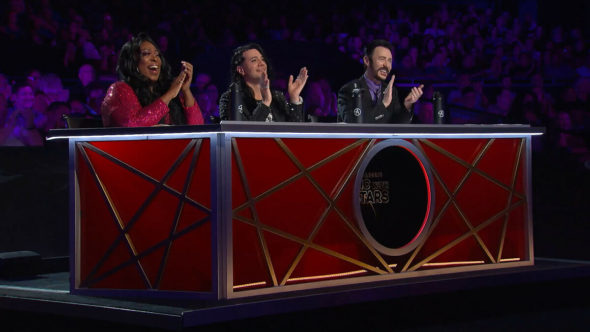 There’s magic in the air. Has the Magic with the Stars TV show been cancelled or renewed for a second season on The CW? The television vulture is watching all the latest cancellation and renewal news, so this page is the place to track the status of Magic with the Stars, season two. Bookmark it, or subscribe for the latest updates. Remember, the television vulture is watching your shows. Are you?

A competition reality series airing on The CW television network, the Criss Angel’s Magic with the Stars TV show is hosted by Eddie Griffin and is judged by Criss, Loni Love, and Lance Burton. In each episode, two celebrities train with professional magicians and compete to create a show-stopping series of magic performances. The celebrity competitors are tasked with mastering three major categories of magic, which they perform in front of a team of judges. Only the highest-scoring celebrities will be invited back for the season finale, where they will compete for the golden wand. Guests include Tara Lipinski, Randy Couture, Brec Bassinger, Matt Walsh, Donnie Osmond, Debbie Gibson, Corbin Bleu, Miles Brown, Maksim Chmerkovskiy, Omarion, Lolo Jones, Frankie Muniz, Ginuwine, Flavor Flav, Johnny Weir, and Jeff Timmons.

The first season of Criss Angel’s Magic with the Stars averages a 0.05 rating in the 18-49 demographic and 341,000 viewers in the live+same day ratings (including DVR playback through 3:00 AM). While these numbers don’t include further delayed or streaming viewing, they are a very good indicator of how a show is performing, especially when compared to others on the same channel. There can be other economic factors involved in a show’s fate, but typically the higher-rated series are renewed and the lower-rated ones are cancelled. Find out how Magic with the Stars stacks up against other The CW TV shows.

Will The CW cancel or renew Magic with the Stars for season two? The network is now run by Nexstar, and the company plans to focus on inexpensive and acquired programming. I suspect this show doesn’t cost The CW much to air, so I think it’s got a very good chance of being renewed. I’ll update this page with breaking developments. Subscribe for free alerts on Magic with the Stars cancellation or renewal news.

What do you think? Do you hope that the Magic with the Stars TV show will be renewed for a second season? How would you feel if The CW cancelled this TV series, instead?