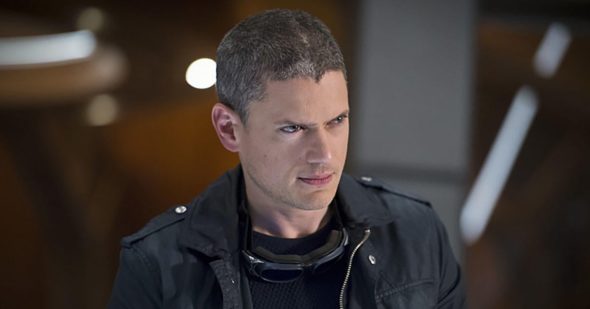 DC’s Legends of Tomorrow will celebrate its 100th episode during its upcoming seventh season, and one big name from the DC superhero show’s past is returning for the special episode. Wentworth Miller will return for the series after leaving the series as a regular during its first season. The actor recurred in seasons two and three.

Per Deadline, the 100th episode of The CW series will air on October 27th. The episode will look back at the superhero team’s past through the eyes of the Waverider ship’s artificial intelligence Gideon, played in human form by Amy Louise Pemberton.

What do you think? Are you excited to see Miller return to DC’s Legends of Tomorrow later this month?

I am DELIGHTED that Wentworth will return. He was a favorite of mine and added that acerbic wit to the show. He and Dominic were simply the best, together and singly.

This show is going to crash & burn hard without my friend, John Constantine. You can bet your soul on that!