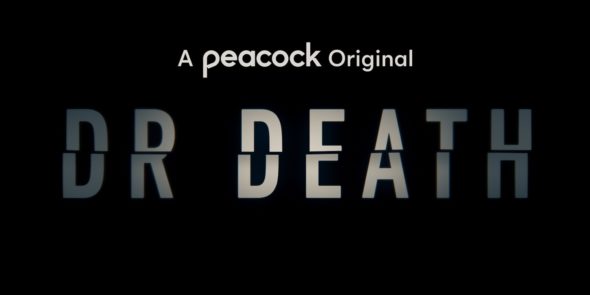 This Is Us is over and Mandy Moore now has a new next role. She will star opposite Edgar Ramirez in the second season of Dr. Death on Peacock. The upcoming season of the anthology series will focus on surgeon Paolo Macchiarini, a high-profile surgeon also known as the “Miracle Man.”

Peacock revealed more about the casting of Moore in the drama in a press release.

Peacock announced today that Emmy(R), Grammy(R) and Golden Globes(R) nominee and Screen Actors Guild(R) award-winner Mandy Moore (This Is Us) will star opposite Edgar Ramirez (previously announced) in the highly-anticipated second season of the anthology series, DR. DEATH from UCP.

Moore will play Benita Alexander, an investigative journalist who falls into a whirlwind romance with celebrated surgeon Paolo Macchiarini (Edgar Ramirez), only to realize she’d be uncovering more about him than she would have ever imagined.

Season two will be from showrunner, writer and executive producer Ashley Michel Hoban (Dr. Death S1, The Girl from Plainville).

Season one’s showrunner, executive producer and writer Patrick Macmanus (The Girl from Plainville) will executive produce season two, via his Littleton Road Productions banner, under his overall deal with UCP.

Jennifer Morrison and Laura Belsey are set to direct episodes from the second season of the highly anticipated anthology series, DR. DEATH based on the hit Wondery podcast.

SEASON 2 DESCRIPTION: This season will feature the “Miracle Man” storyline based on the most recent third season of the podcast. Paolo Macchiarini is a charming surgeon, renowned for his innovative operations that earn him the nickname “Miracle Man.” When investigative journalist Benita Alexander approaches him for a story, the line between personal and professional begins to blur, changing her life forever. As she learns how far Paolo will go to protect his secrets, a group of doctors halfway across the world make shocking discoveries of their own that call everything about the “Miracle Man” into question.

Season one of DR. DEATH, based on the first season of the hit Wondery podcast,explored the psyche of disgraced Texas Neurosurgeon, Dr. Christopher Duntsch (Joshua Jackson), who maimed or killed 33 out of 38 patients over his career. The series was nominated for a Critics Choice Award for Best Limited Series and named one of the top shows of 2021 by Entertainment Weekly, NPR and more. DR. DEATH is certified fresh on Rotten Tomatoes.

A premiere date for season two will be announced in the future.

What do you think? Are you excited about season two of Dr. Death? Do you plan to watch the new season once it arrives on Peacock?