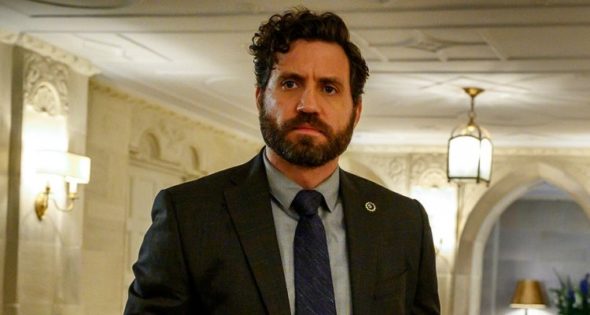 Dr. Death has found the star for its second season. Edgar Ramirez will play Paolo Macchiarini aka “Miracle Man.” He’s a surgeon whose innovative organ transplants seduced the global medical community. However, when an investigative reporter and Macchiarini’s colleagues start to do some digging, they learn that things are not as they seem. Writer and executive producer Ashley Michel Hoban will take over as the anthology series’ showrunner.

Peacock revealed more about the new season in a press release.

· Ramirez will play Paolo Macchiarini, a visionary surgeon whose innovative organ transplants seduced the global medical community. When his fiancé, Benita, and a few suspicious colleagues launch investigations into his botched surgeries, cracks start to appear in Paolo’s charming persona.

· Season two will be from showrunner, writer and executive producer Ashley Michel Hoban (Dr. Death S1, The Girl from Plainville).

· Season one’s showrunner, executive producer and writer Patrick Macmanus (The Girl from Plainville) will executive produce season two, via his Littleton Road Productions banner, under his overall deal with UCP.

· Jennifer Morrison and Laura Belsey are set to direct episodes from the second season of the highly anticipated anthology series, DR. DEATH based on the hit Wondery podcast.

· SEASON 2 DESCRIPTION: This season will feature the “Miracle Man” storyline based on the most recent third season of the podcast. Paolo Macchiarini is a charming surgeon, renowned for his innovative operations that earn him the nickname “Miracle Man.” When investigative journalist Benita Alexander approaches him for a story, the line between personal and professional begins to blur, changing her life forever. As she learns how far Paolo will go to protect his secrets, a group of doctors halfway across the world make shocking discoveries of their own that call everything about the “Miracle Man” into question.

· Season one of DR. DEATH, based on the first season of the hit Wondery podcast, explored the psyche of disgraced Texas Neurosurgeon, Dr. Christopher Duntsch (Joshua Jackson), who maimed or killed 33 out of 38 patients over his career. The series was nominated for a Critics Choice Award for Best Limited Series and named one of the top shows of 2021 by Entertainment Weekly, NPR and more. DR. DEATH is certified fresh on Rotten Tomatoes.

A premiere date and additional details will be announced at a later date.

What do you think? Are you excited about the second season of Dr. Death?