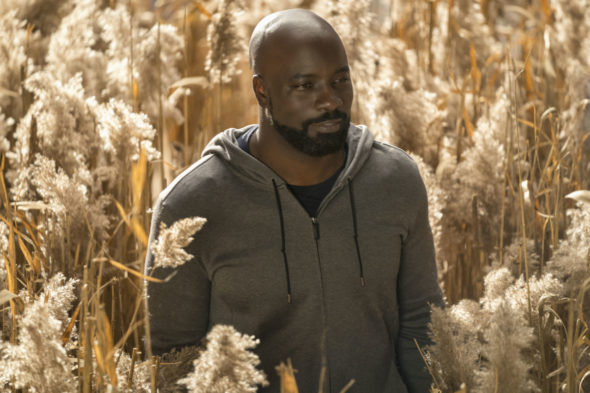 Evil is coming. The second season of the supernatural drama will premiere next month on Paramount+. It was just announced earlier this month that the series would be moving to the streaming service after airing its first season on CBS during the 2019-20 season.

The series returns on June 20th. Check out the trailer for season two of Evil below.

Check out our CBS status sheet to track the Tiffany network’s new series pickups, renewals, and cancellations. You can find lists of cancelled shows here.
What do you think? Are you excited about the return of Evil? Will you be watching on Paramount+?

I love the show Evil and already spend 200.00 for cable. Guess I will not be watching season 2. I am not paying for cable and a streaming service. So disappointed.

So upset “Evil” is moving to a streaming service. I was so upset I messaged Katja (female lead). She responded quite quickly and understood. Had a good idea to suspend one service, binge Evil then pause the service. I’m still upset at CBS though.

I’m right there with you! I was so looking forward to the series returning. Then it was finally coming back and…….it’s on a dang streaming service!!! SO MAD! Thanks a lot CBS!