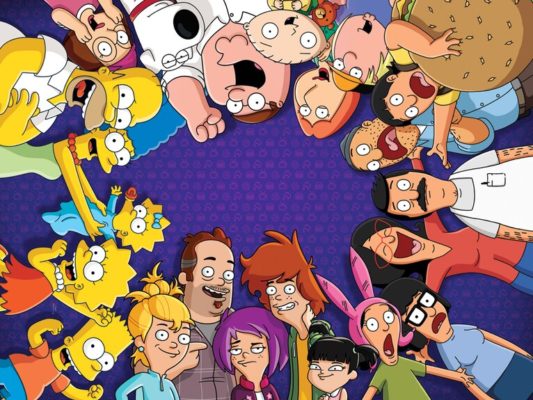 While the COVID-19 pandemic has kept the fall launches of most scripted TV shows on the broadcast networks up in the air, production on animated series has continued. Today, FOX announced a premiere date for four of its Sunday TV series for this fall.

ANIMATION DOMINATION RETURNS TO FOX SUNDAYS THIS FALL AND TO COMIC-CON@HOME THIS WEEKEND!

Don’t Miss Exclusive Conversations With The Casts And Creative Teams of FOX’s ANIMATION DOMINATION at Comic-Con@Home:

Watch/Share an Exclusive Sneak Peek at the DUNCANVILLE Comic-Con@Home Panel:

BOB’S BURGERS
Panel Time: Friday, July 24 4:00 PM
The Emmy Award-winning animated FOX series BOB’S BURGERS invites fans into their homes for a virtual panel with all of the laughs and surprises they generally bring to the Indigo Ballroom. Creator and executive producer Loren Bouchard will break news about the upcoming season and will also be joined by executive producer Nora Smith and supervising producer Janelle Momary. The always-entertaining cast, including H. Jon Benjamin, John Roberts, Kristen Schaal, Eugene Mirman, Dan Mintz and Larry Murphy, will have you howling with laughter with never-before-seen footage, followed by a lively panel discussion and fan Q&A.

Watch/Share an Exclusive Sneak Peek at THE SIMPSONS Comic-Con@Home Panel:

Watch/Share an Exclusive Sneak Peek at the BLESS THE HARTS Comic-Con@Home Panel:

FAMILY GUY
Panel Time: Saturday, July 25 2:00 PM
Join cast members Seth MacFarlane, Alex Borstein, Mila Kunis and Seth Green, as well as executive producers Rich Appel, Alec Sulkin and Kara Vallow of FOX’s hit animated comedy, FAMILY GUY, as they celebrate 350 episodes with a virtual table read! After, take a look back at some favorite moments from the last 18 seasons, plus a special sneak peek at the hilarity and hi-jinx coming up in the all-new season premiering this fall on FOX!

FOX Entertainment Panels Will Be Available On YouTube Following The Above Schedule, And Will Be Located On FOX Digital Platforms For Four Hours Following Their Conclusion

What do you think? Are you a fan of FOX’s Animation Domination schedule? Will you be watching these returning shows this fall?

Happy to hear Bless The Harts was pick up for a second season.

Hell Yes! I will be watching the Sunday show. I can’t wait to see the fall line-up.