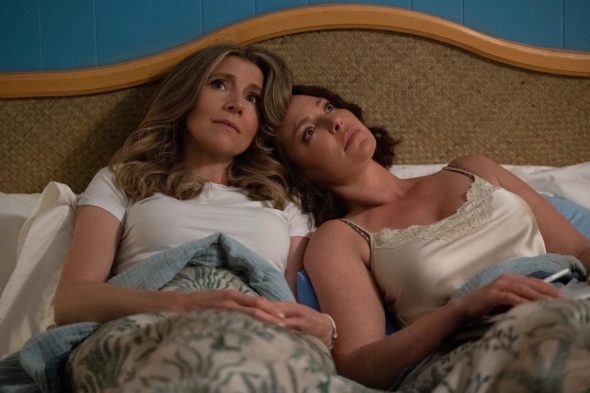 Season two of Firefly Lane will kick off in December on Netflix. It’s been revealed that this will also be the final season, but it will be an extended run. The streamer is producing 16 episodes for the season with nine arriving on December 2nd. The remaining seven will be released in 2023. The first season of 10 episodes was released in February 2021.

· Katherine Heigl and Sarah Chalke reprise their roles as lifelong best friends facing the ultimate test of their friendship and the path to sustain the other relationships in their lives.

What could possibly have ended the tight-knit thirty year friendship of Tully and Kate, our “Firefly Lane Girls Forever”? We’ll learn the answer this season — but first — Kate grapples with the painful aftermath of Johnny’s ill-fated trip to Iraq, while Tully faces a lawsuit after walking away from her talk show, and must start her career over from the bottom. This leads her to search for answers about who she is and where she comes from — including a quest to find the father she never met, against the wishes of her secretive hippie mother, Cloud. In the ’80s, we see Kate and Johnny first fall in love, creating more than a little drama in the newsroom where they work, as Tully’s career rises and she spars (and flirts!) with cocky sportscaster Danny Diaz. She just might have met her match — that is, if they can stop arguing for five minutes. While in the ’70s, teenage Kate and Tully struggle to keep their friendship together as Cloud goes to jail for dealing drugs and Tully goes to live with her grandmother, far away from Firefly Lane. As the girls face the tumult of high school apart, they know the one thing they really need is each other.

Check out more photos from Firefly Lane season two below.

What do you think? Did you watch the first season of this Netflix series? Will you be sad to see Firefly Lane end?

Sorry to see Firefly Lane go,getting to be a constant with good new shows ending too soon.

I’m happy to see a season 2 for this show. It’s well written and acting is great. Can’t wait to see how it ends in 2023!