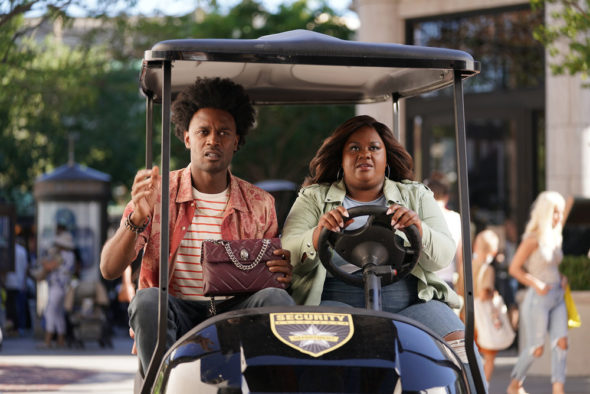 Will this group continue to stick together in the first season of the Grand Crew TV show on NBC? As we all know, the Nielsen ratings typically play a significant role in determining whether a TV show like Grand Crew is cancelled or renewed for season two. Unfortunately, most of us do not live in Nielsen households. Because many viewers feel frustrated when their viewing habits and opinions aren’t considered, we invite you to rate all of the first season episodes of Grand Crew here.

An NBC comedy series, the Grand Crew TV show stars Nicole Byer, Justin Cunningham, Aaron Jennings, Echo Kellum, Grasie Mercedes, and Carl Tart. The story revolves around a group of young professionals in Los Angeles who are trying to navigate the ups and downs of life and love. One way or the other, they always find time to gather at their favorite bar to “wine down” and unpack it all. Noah (Kellum) is a hopeless romantic who’s too eager to settle down. His sister Nicky (Byer) is a go-getter in real estate and adventurous in romance. Meanwhile, Sherm (Tart) is a low-key genius who plays the dating odds. There’s also Anthony (Jennings), whose true love is his career, and Wyatt (Cunningham), who’s relieved to be married and out of the dating scene. And finally, there’s Fay (Mercedes), who’s recently divorced and looking to start fresh in the City of Angels. These friends prove that life may have challenges, but it’s always better with your crew.

What do you think? Which season one episodes of the Grand Crew TV series do you rate as wonderful, terrible, or somewhere between? Do you think Grand Crew should be cancelled or renewed for a second season on NBC? Don’t forget to vote and share your thoughts below.