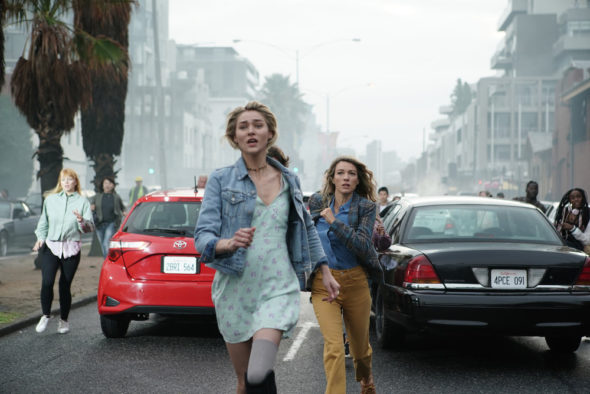 The story begins as a massive sinkhole opens up in the middle of Los Angeles, swallowing cars and buildings and separating the Harris family between two worlds. Mom Eve (Zea) and teenage son Josh (Martin) fall into an unexplainable primeval land alongside a group of strangers trying to figure out where they are, and how to get back home.

On the surface, teen daughter Izzy (Gorecki) barely survives the disaster. Father Gavin (Macken) has a both troubled past and hallucinations that make him an unlikely choice to help solve the mystery and reunite the family. However, when Gavin realizes his visions might just be the key to finding their loved ones, time will be the only thing that stands in their way.

What do you think? Do you like the La Brea TV show? Do you think it should be cancelled or renewed for another season?

Please Renew the show. I thought it already was renewed? Waiting for the new show season 2.

Renew it. It seems like whenever I find show I like it gets canceled. I love these kinds of shows.

The best show! I love this show! They better renew it.

RENEW IT !! IT’S ONE OF THE BEST NEW SHOW RUNNING.

Renew it! A great show!

We are absolutely loving the series, please don’t cancel it. We cannot wait for the next episode and we keep trying to figure out what will happen next.