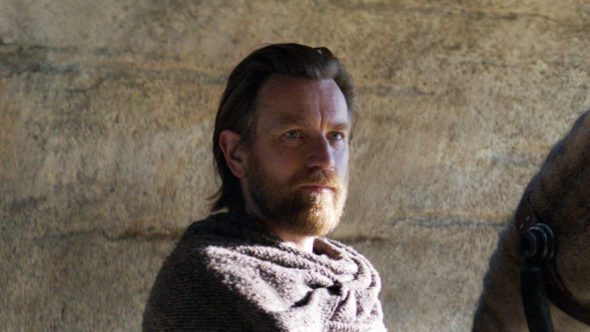 Obi-Wan Kenobi has seemingly ended its run with a finale that featured one more great battle between Obi-Wan and Darth Vader. The Disney+ series was intended to be a limited series, but there is still a chance a second season could happen. There is a 10-year period between the end of Obi-Wan Kenobi and the original Star Wars movie (aka A New Hope).

Many of those involved with the series are open to returning. Obi-Wan himself, Ewan McGregor, told GQ Magazine:

“I really hope we do another. If I could do one of these every now and again – I’d just be happy about it.”

Hayden Christensen is also open to returning to his role of Darth Vader if Disney+ decides to move forward with a second season. He said the following, per RadioTimes:

“Well, it was definitely conceived as a standalone story. But I would love to continue with this character. You know, I think there’s certainly more there to explore and I would be so excited to get to do so.”

Deborah Chow, director of the series, is also willing to return.

“You know, we always did conceive of this as a limited series. So it’s not an adventure-of-the-week sort of story. It’s one big story with a beginning, middle and end. So I think this story was very much conceived to be its own standalone. I mean, there are of course more stories that you could tell. There’s obviously another 10 years before we get to A New Hope and with a character like Obi-Wan Kenobi, I think even just watching him ride across the sand sometimes is interesting. So, who knows? It’s hard to say right now, but it was not the intention.”

Lucasfilm is also open to continuing the series with a second season. Kathleen Kennedy, president of Lucasfilm, spoke about bringing more of Obi-Wan Kenobi to the small screen, per ETOnline:

“Well, frankly, we did set out to do that as a limited series. But I think if there’s huge engagement and people really want more Obi-Wan, we’ll certainly give that consideration because the fans, they speak to us. And if we feel like, ‘OK, there’s a real reason to do this; it’s answering the why then,’ then we’ll do it. But we’ll see.”

What do you think? Do you want to see a second season of Obi-Wan Kenobi on Disney+? What would you like to see the character do next?

It was outstanding. Like watching half a brand new Star Wars movie each week. The young Princess Leia may have been better than Carrie Fisher. Obviously Disney spent a bundle on this show.

Yes, bring it back for season two. We really looked forward to seeing it every week. The actors were great!

I only wish for a second season so we can see OWK come back into being a real “force” instead of the weakling he was in season one. And even Vader needs to be true to his character. The fire episode was absurd. And walk around gates when at all possible.