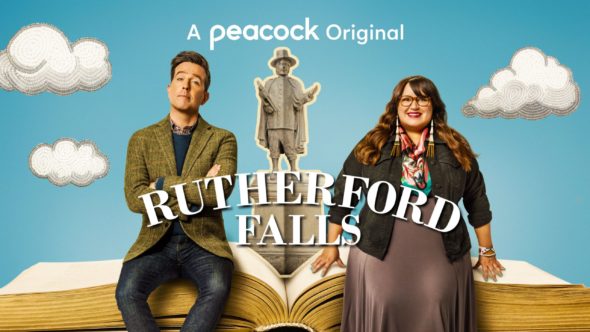 Rutherford Falls is coming soon to Peacock, and the streaming service has now released a preview for the upcoming comedy. The series follows two best friends, played by Ed Helms and Jana Schmieding, who find their lives at a crossroads in their small town. The series will have a lot of Native representation, both in front of and behind the camera.

Peacock revealed more about the new comedy in a press release.

RUTHERFORD FALLS is a comedy about two lifelong best friends, Nathan Rutherford (Ed Helms) and Reagan Wells (Jana Schmieding), who find themselves at a crossroads – quite literally – when their sleepy town gets an unexpected wakeup call.

RUTHERFORD FALLS represents a breakthrough moment in Native representation in comedy television both in front of and behind the camera. Jana Schmieding (Cheyenne River Lakota Sioux) and Michael Greyeyes (Nêhiyaw from Muskeg Lake Cree Nation) star in the series.

Check out a preview for Rutherford Falls below.

What do you think? Are you planning to check out the Rutherford Falls TV series on Peacock?