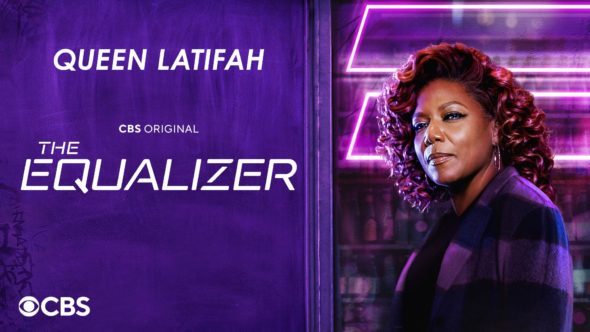 Last season, The Equalizer had a great launch, thanks in part to the series premiere having followed Super Bowl LV. The rest of the first season’s episodes performed decently when compared to other CBS scripted shows. How will this drama series fare this time around? Will The Equalizer be cancelled or renewed for season three? Stay tuned. Status Update Below.

An action crime series, The Equalizer TV show stars Queen Latifah, Chris Noth, Lorraine Toussaint, Tory Kittles, Liza Lapira, Adam Goldberg, and Laya DeLeon Hayes. The story follows Robyn McCall (Latifa), an enigmatic woman with a mysterious background. She uses her extensive skills as a former CIA operative to help those with nowhere else to turn. To most, Robyn appears to be just an average single mom who is quietly raising her daughter (Hayes) and living with her aunt (Toussaint). However, to a trusted few, Robyn is The Equalizer, an anonymous guardian angel and defender of the downtrodden, who’s also dogged in her pursuit of personal redemption. Joining Robyn as champions of justice are her longtime friend and former CIA handler (Noth), an edgy bar owner and past colleague (Lapira), and a paranoid and brilliant white-hat hacker (Goldberg). As Robyn aids the oppressed and exploited, her vigilante work garners the attention of a shrewd NYPD Detective (Kittles). He once sought to uncover her identity, but now respects the need for Robyn’s type of justice, even as he often questions her methods.

For comparisons: Season one of The Equalizer on CBS averaged a 1.18 rating in the 18-49 demographic and 8.79 million viewers in the live+same day ratings. It’s worth noting that the post-Super Bowl season debut drew a 5.08 demo with 20.40 million viewers so that definitely skewed the season averages.

What do you think? Do you like The Equalizer TV series on CBS? Should it be cancelled or renewed for a third season?

5/6/2022 update: The Equalizer has been renewed through season four.

I watched the finale – show is a no go for me. Trying to mix the family with the main plot to stop the bad guys dilutes both themes. There are certainly valid social and family issues covered to be sure, but the flow of the show is inconsistent with the primary crime solving/stopping premise that I hope for. I know that others disagree – just my opinion and I won’t be watching next season if the show is renewed.

Love the show; Sunday night prime time is a tough schedule. Many special events are Sundays either making for inconsistency in the schedule or competing against some other programming. Not to mention, several weeks off for various reasons yet they still ran new episodes on Halloween night and the Sunday of Thanksgiving weekend. Viewers want some consistency and/or episodes are likely being viewed on-demand or DVR outside the ratings window.

This is one of my favorite shows. It has great family messages in it along with the shoot ‘em up parts. Please do not cancel this show

Please do not cancel The Equalizer. This is one of the very few shows I look at.

This program is great. It sets forth values and ideas that are very important. I am not talking about the shoot em up and James Bond parts, but the relationships and family values between mother and daughter

Another great show with contemporary issues and great messages . It’s good to have female heroines who save the day and world. I hope it will be renewed for the next season and beyond. Sometimes I wonder who the rating/viewer houses are that decide the fate of television programming. Hopefully there is a growing diversity of measuring all segments of our society (tv viewership) Baby Boomers and their children buy a lot of things so sponsors need to remember that—they also pay for what the next generations want/procure as well.

Please do not cancel this show!! We love it! Both my husband and I!

Season 3 Us Please ! You Geekin ! Queen Latifah Really The Goat !

Husband and I are regular viewers and enjoy this show. Please renew.