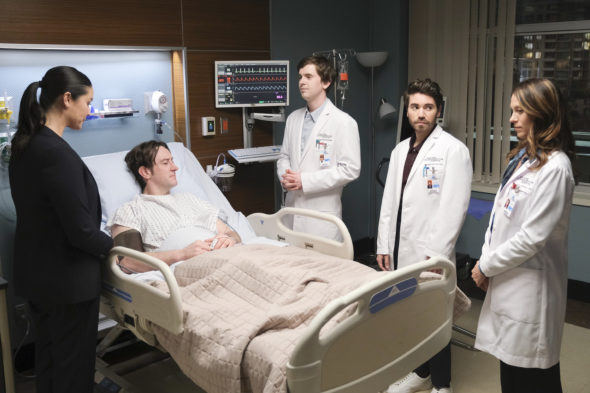 What do you think? Which season six episodes of The Good Doctor TV series do you rate as wonderful, terrible, or somewhere between? Do you think that The Good Doctor should be cancelled or renewed for a seventh season on ABC?

Shaun is autistic, it is genetic.
Not a good idea to have a baby. Maybe adopt instead.

Love this series. Always something new and great actors.

Freddie is such a terrific actor and this show really showcases his acting abilities. I personally really love the show. The characters are great storyline is always interesting and I would not miss this show for nothing. Keep on playing good doctor!

Imagine needing a life saving surgery.
Would you choose an autistic surgeon or a wheel chair surgeon?

Look forward to seeing it every Monday night drama medical. Please reconsider it in boost your number ratings . Never missed any episode of it. So good Freddie Highmore is the best .

Watched episode on 10/10
Show gets more unbelievable than ever.

I enjoy this show and hope it lasts.

It’s great to have the Good Doctor back. Great show to watch.

Nice to see a show non violent show.
Anyone know of one?