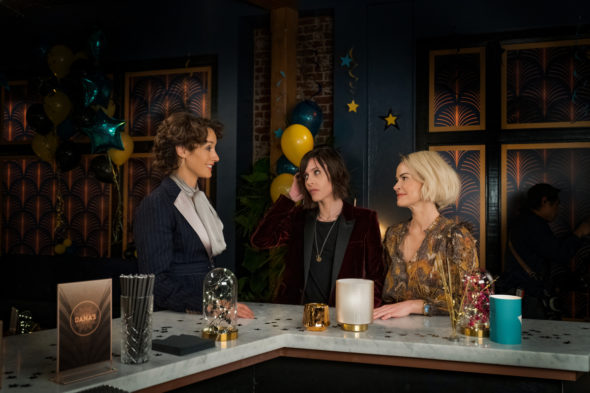 The L Word: Generation Q is headed back to Showtime. The second season of the drama series, which is a continuation of The L Word, now has a premiere date. The series features Jennifer Beals, Katherine Moennig, and Leisha Hailey from the original series with some new faces around them.

Showtime revealed the following about the return of The L Word: Generation Q:

“In celebration of its highly anticipated season two premiere, THE L WORD: GENERATION Q will return with its first new episode on Friday, August 6, available on streaming and on-demand for all SHOWTIME subscribers, before making its on-air debut on Sunday, August 8 at 10 p.m. ET/PT. Each new episode of the second season will be available on Fridays to stream via on-demand. The first five episodes of season two will air Sunday nights, with the final five episodes of the season airing Monday nights at 9 p.m. ET/PT up until its October 11 season finale. To watch and share the teaser, go to:

Check out a teaser for The L Word: Generation Q below.

What do you think? Are you a fan of this Showtime sequel series? Do you plan to watch The L Word: Generation Q season two?